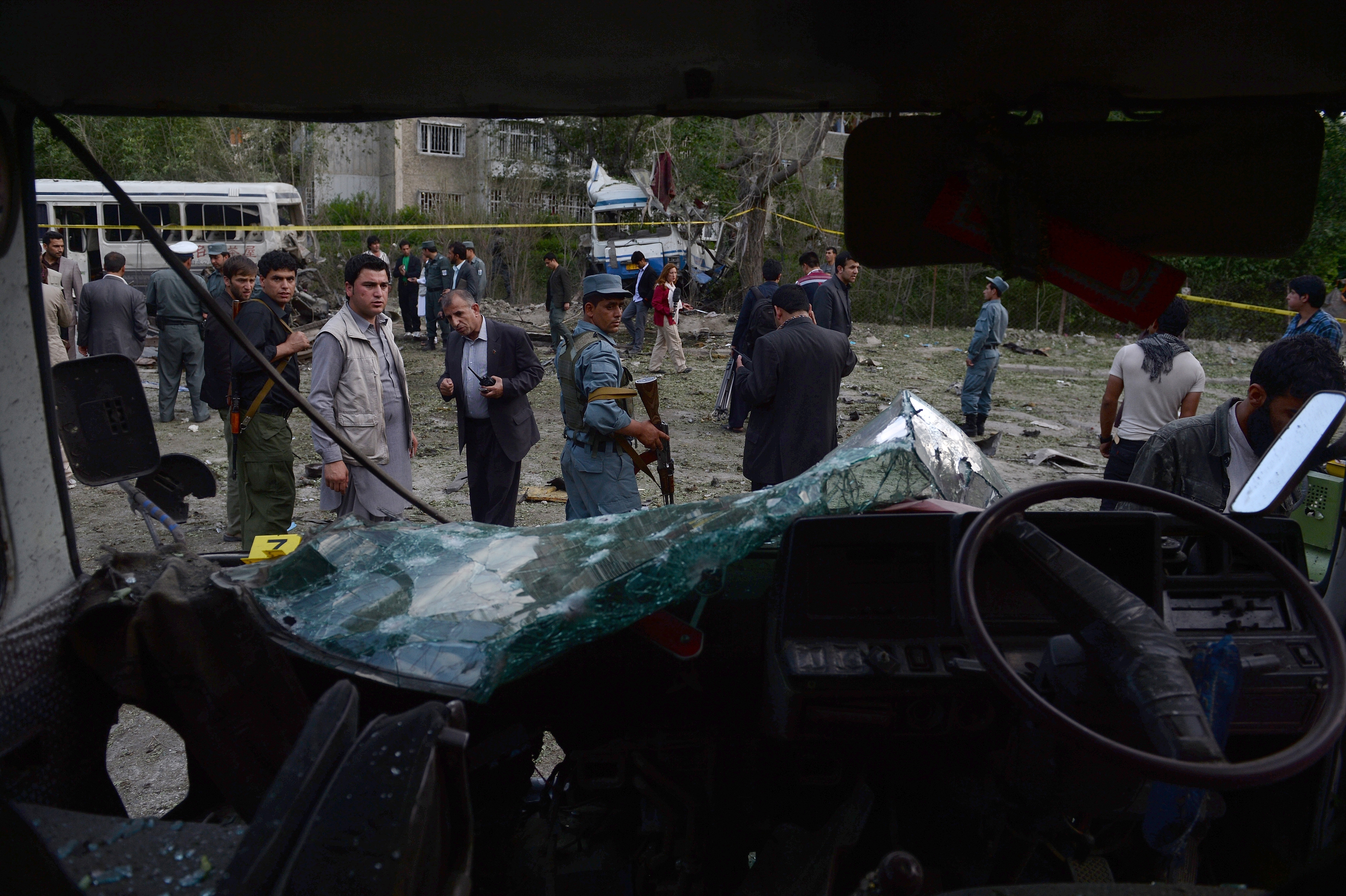 On the day that the lead on security operations in Afghanistan is transferred to Afghan military forces, U.S. officials say peace talks are all but set between the Taliban and Afghanistan governments in Doha, Qatar.

The U.S. will participate in the direct talks but the negotiation will be Afghan-led, according to one of the senior administration officials who briefed reporters. The U.S. had previously offered the Taliban the chance for direct talks in March of 2012 but peace negotiations never materialized.

Ambassador James Dobbins, Special Representative for Afghanistan and Pakistan is leading a team of officials to the reconciliation talks. He'll depart Tuesday from the State Department.

Dobbins will stop in Ankara, Turkey, and Doha, Qatar, before stopping in Afghanistan and Pakistan, State Department spokeswoman Jen Psaki announced. She said that he will have reconciliation talks in each stop.

A date for the talks has not yet been scheduled, Psaki said, but that they hope to begin them "as soon as possible." She repeated that the peace negotiations are Afghan-led but added that the U.S. delegation would hold the first meetings. She said that the U.S. wants to discuss "our concerns about Taliban connections to international terrorism."

The Taliban opened a political office in the Qatari capital on Tuesday, the Associated Press reported. A senior administration official said that the Taliban will send representatives to the talks who are "fully authorized" by Mullah Omar, the spiritual leader of the Taliban.

The Afghan government and U.S. officials want the Taliban to break its ties to Al Qaeda and accept Afghanistan's constitution which guarantees the rights of women and minorities. Prisoner exchanges are also a top agenda item for the U.S. which seeks the return of American soldier Sgt. Bowe Bergdahl who has been in captivity for the past four years.

Additionally, the U.S. wants the Taliban to accept the Afghan constitution, including its protections for women and minorities.

According to a senior administration official, direct negotiations will begin within days with the understanding there is no guarantee that an agreement will happen quickly, if at all. They believe the opening of the office could be significant but that peace is not necessarily imminent.

"Peace is not at hand," said a senior administration official.

While U.S. officials are setting expectations low they see the beginning of direct negotiations as significant particularly since NATO-led forces are scheduled to drawdown by 2014.

The talks are the result of a diplomatic push by the U.S., Afghanistan, Qatar and Pakistan. Since taking office as Secretary of State, John Kerry has been personally involved in the efforts to jumpstart talks.

During a press conference in Kabul in March, Kerry and President Karzai said that informal talks with the Taliban had already started and that they intended to open direct negotiations once certain preconditions were accepted. At the time, Karzai also expressed his concern about Taliban attacks that were being staged on the Pakistani-side of the Afghan border.

U.S. officials acknowledged that Pakistan has been a helpful party in getting the Taliban to the negotiating table. A senior administration official attributed that help in part due to Pakistan's own self-interest. The official noted that there is "no stability in Pakistan if there is no stability in Afghanistan."