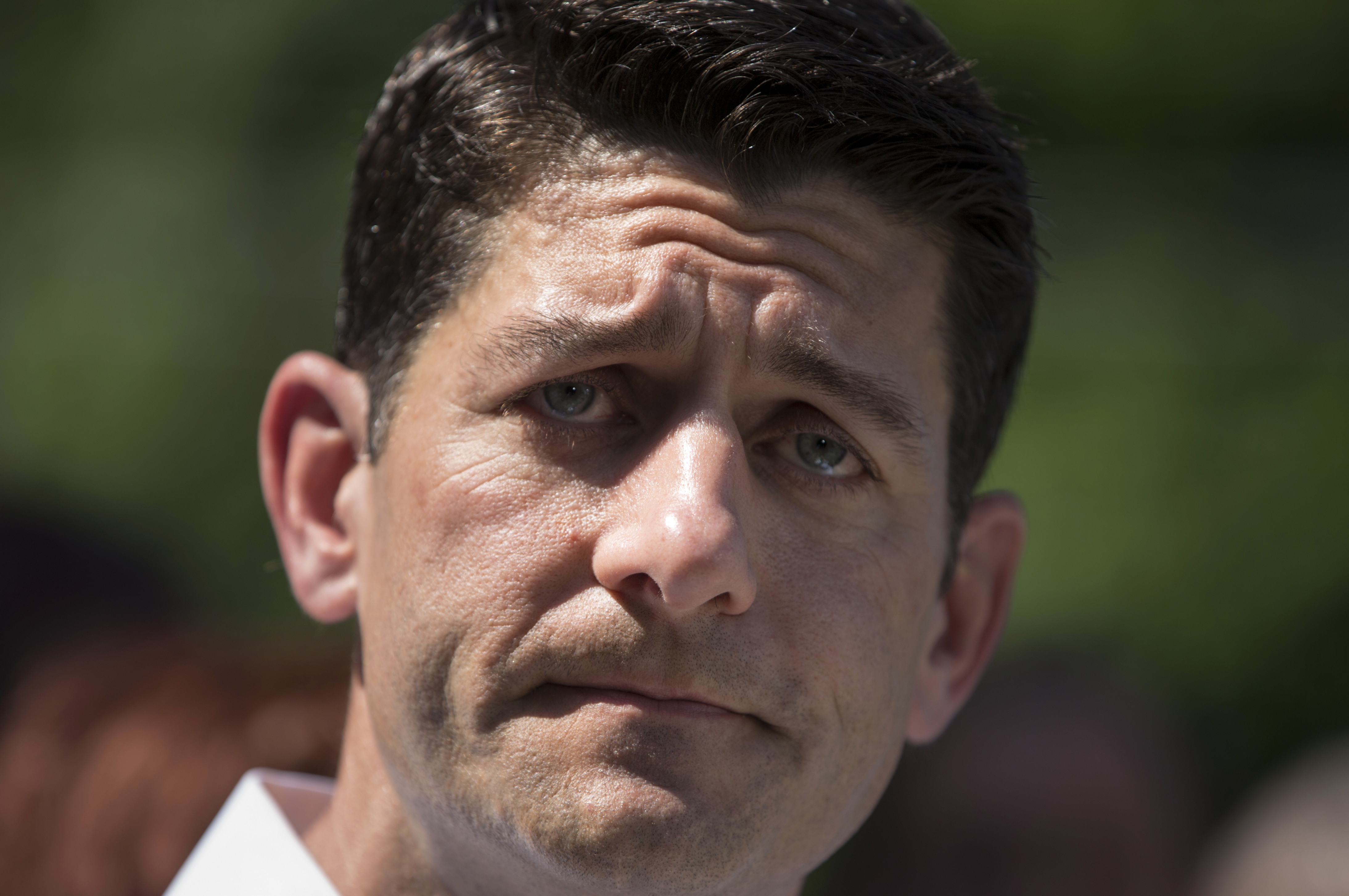 Republican leaders in Congress continue to inveigh against presumptive GOP nominee Donald Trump for his comments about the federal judge overseeing lawsuits against Trump University.

At a press conference Tuesday in Washington, D.C. where Ryan and other House Republicans unveiled their policy agenda, Ryan was asked what he thought about Trump's remarks about U.S. District Judge Gonzalo Curiel.

"I think that should be absolutely disavowed," Ryan said, adding that it was a "textbook example of a racist comment."

Trump had told the Wall Street Journal that because he wants to build a wall across the southern border, Curiel's Mexican heritage is "an absolute conflict" in his case.

"I do absolutely disavow those comments," he said. "I'm not going to defend these kind of comments because they're indefensible."

Ryan said that Hillary Clinton, however, would be a worse option than Trump, but warned that Republicans are "doomed to lose" in November if they head into the general election as a divided party.

Asked if Trump's campaign needs help, Ryan said, "I'm not going to comment on that."

Trump has come under fire for suggesting Curiel is biased in the Trump University case because he is of Mexican descent and belonged to a Latino lawyers association. Trump told The Wall Street Journal that these factors are "an absolute conflict" because he has vowed to build a wall along the U.S.-Mexico border.

Ryan first criticized Trump's comments in a radio interview on Friday, a day after he formally endorsed him for president after hesitating to throw his support behind him for a month.

"He uttered a series of outrageous and unacceptable statements over the last week," McConnell said in an interview with Maria Bartiromo. "What he ought to be working on is unifying the party and getting ready to try to defeat Hillary Clinton in the fall."

McConnell, said that instead, Trump is impeding efforts to bring the GOP together.

"We are trying to get in line, but he keeps taking the subject away from unifying the party, which he needs to be doing right now by reaching out and bringing people with whom he competed and talking about the issues the American people care about."

"He needs to change and go in a different direction if he's going to win in November," he said.

Sen. Bob Corker, R-Tennessee, and chairman of the Sen. Foreign Relations Committee, told MSNBC's "Morning Joe" that Trump "has, no doubt, missed an incredible opportunity. He still has time to pivot. He does. Time is running short, but he has time to do that. And you know, there's -- there's still five months or so until the general election ends."

During the show, Corker, who is said to be a possible running mate for Trump, said that Trump was wrong "at every level" and called on him to put aside his pride and say, "Hey, we sort of stepped in it here. We need to move in a very different direction."

"I am urging him through this television show to reassess, to realize where he is," he told host Joe Scarborough.

Ryan has promised to introduce conservative policy proposals that offers a contrast from Democrats ahead of November's general election. Last week, he said he concluded that the party needs a Republican president to sign proposals offered by congressional Republicans into law.