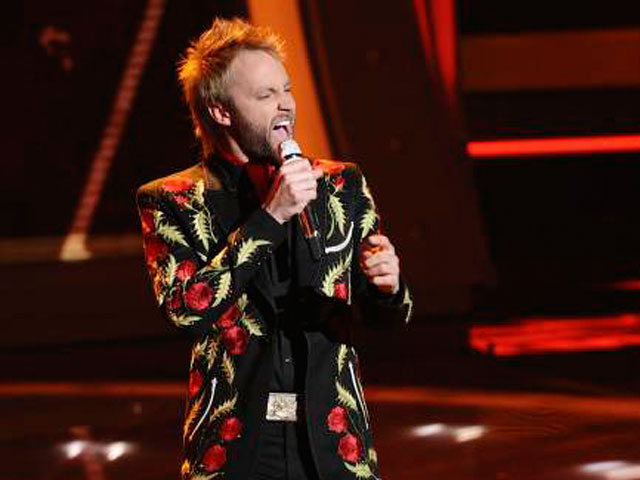 (CBS) They couldn't get rid of another girl on "American Idol," could they? What would be left of womanhood? What would Kelly Clarkson think? How could Carrie Underwood still hold her head high? And who would Jennifer Lopez have to share make-up tips with?

Surely even the teenage girls and slightly older ladies who vote with passion time and again would finally find one male to send back to Oblivion Central.


At least Ryan Seacrest didn't promise a shock. Well, hardly anything would have been shocking after the cursory dismissal of Pia Toscano.

Last night's results show began with Lauren Alaina again singing Scotty McCreery into a supporting role. When Alaina sang alone, she was piercingly precise. When McCreery was allowed a solo, his voice was as uncertain as a nun in a nightclub.

Casey Abrams and Haley Reinhart, however, managed to create a genuine, floating, groaning version of the jazz classic "Moaning." It was so creamy that Steve Tyler said: "Thank you for whipping that out on us." For once, his praise was accurate.

And so began the trembling for the girls.

It did not begin well. Out of these first four to exit the stage so far, it was a girl who was sent to the down elevator in order to prepare for life in the Land of the Unknown Warbler. Haley Reinhart was the first called by Seacrest to the stage-right chairs of final judgment rather than the couch of safety.

She had been there before and this was entirely justified as her rendition of Blondie's "Call Me" surely persuaded few people to call anyone other than Ear, Nose and Throat.

After a bizarre interlude with director Rob Reiner, there was the first "Idol" winner, Kelly Clarkson, yet another artist who crosses over to the country side in order to do business. Her duet with Jason Aldean exposed just how effortless the truly talented can make live performance appear. Afterwards, Clarkson offered her support to Abrams. And she made a joke about men needing to do everything quickly, which seemed to make Seacrest blush very quickly.

As if to prove the point, we then we had to endure a hurried male quartet - the remaining four contestants - jamming to (or up) the memory of Simon and Garfunkel with "The Sounds of Silence." After more discord than in the average Ukrainian parliament, one prayed for the sound of silence.

Two of these had to be in the bottom three. Given that McCreery - who clearly has an enormous following among, well, someone - was unaccountably safe, it had to be Langone and McDonald.

The former's stagecraft is simply not crafty, and the latter is a peculiarly anachronistic wedding singer.

Seacrest didn't want to drag out the drama this week, as if knowing that, after last week, America just couldn't take it any more. He offered joy to women across the country (including Nashville). Reinhart was quickly told she would be returning to the couch.

Langone and McDonald were the last two. Yes, a male would finally go. While Langone looked ready to headbutt someone if he was eliminated, McDonald, on being told he was gone, offered the smile of a man who felt he had gone as far as he could.

Perhaps he was too old for the teeny voters and too hairy for the older crowd. Before going back to the farm, he crooned Rod Stewart's "Maggie May." At least one of the two remaining two girls may stay for more than another week. Surely Alaina has the talent to appeal to her gender's more judicious side.