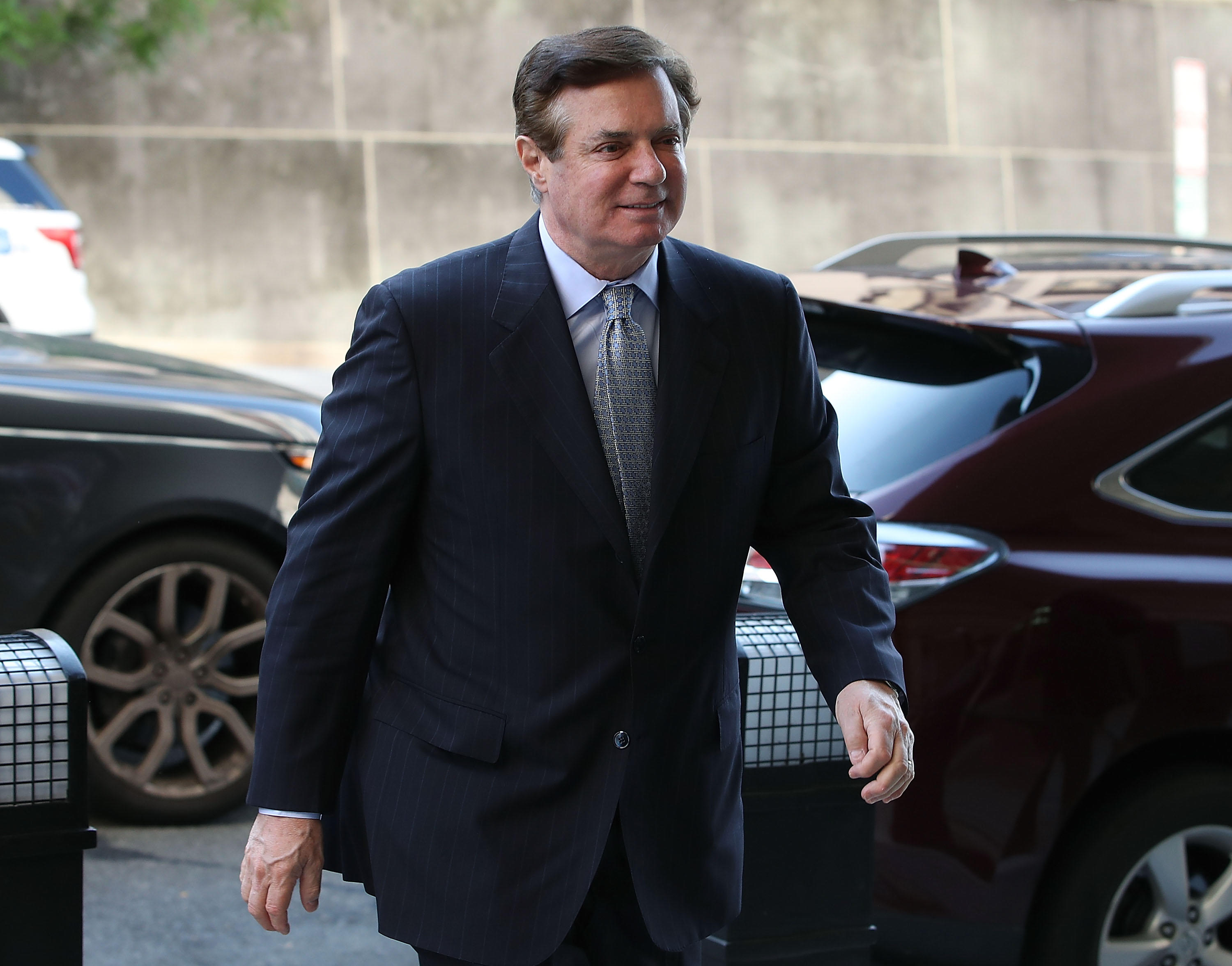 The long-awaited trial of former Trump campaign chairman Paul Manafort began Tuesday in a federal court in Alexandria, Virginia. Manafort is being charged with tax evasion and bank fraud in the first trial stemming from special counsel Robert Mueller's investigation into Russian meddling in the 2016 presidential election.

Both sides presented their opening statements Tuesday afternoon, following the jury selection. Uzo Asonye argued for the prosecution that Manafort "believed the law did not apply to him." He described Manafort's foreign accounts and lavish lifestyle, promising the jury it would be shown evidence of extravagant purchases such as a $21,000 watch and a "jacket made from an ostrich." Asonye told jurors they would see how "Paul Manafort lied" to his tax preparers, bookkeeper, and the IRS. "None of this happened by accident," he said, and the prosecution would argue that Manafort "is not above the law."

Manafort is laying out the case that it's not a crime to be rich and successful. Arguing for Manafort, Thomas Zehnle said this is a case "about taxes and trust," and Manafort had made the mistake of trusting the wrong person -- Rick Gates -- his former associate, who was entrusted with the day-to-day and financial operations of the business -- and who took a plea deal earlier this year. Zehnle asked the jury to carefully assess the credibility of Gates, whom Zehnle referred to as the prosecution's "star witness."

Zehnle also spoke at length about Manafort's offshore accounts and said it was not "Paul's initiative" to set up the accounts, but rather, the initiative of his clients in Ukraine. He said that Manafort was "not trying to mislead or deceive the Internal Revenue Service."

The jury for the trial was selected by early afternoon. Manafort's fate will rest in the hands of six male jurors and six female jurors. Eight of the 12 jurors are white. They were selected from a pool of 65 potential jurors, in a jury selection process that moved more quickly than anticipated, CBS News' Clare Hymes and Kristine Guillaume note. During potential juror questioning, Judge T.S. Ellis III asked if any in the pool had affiliations with the Justice Department. Nine out of the 65 said they did, but they all said that this affiliation would not cause bias for them.

Before Manafort attorney Kevin Downing entered the courtroom Tuesday morning, he told CBS News' Paula Reid that there is "no chance" Manafort will cooperate with prosecutors or enter a plea deal.  White House counselor Kellyanne Conway told reporters Tuesday morning that there has been no discussion of a potential pardon by President Trump of Manafort. Still, Reid points out that the pardon power is broad enough for Mr. Trump to pardon Manafort at any time for the crimes he has been charged with in Virginia and Washington, D.C.

Prosecutors say the word "Russia" isn't likely to come up in this trial, which will center on Manafort's Ukrainian consulting work and only briefly touch on his involvement with the president's campaign.

Prosecutors have lined up 35 witnesses and over 500 pieces of evidence they say will show how Manafort earned more than $60 million from his Ukrainian work and then concealed a "significant percentage" of that money from the IRS. Prosecutors will also argue that Manafort fraudulently obtained millions more in bank loans, including during his time on the campaign.

And they plan to introduce evidence that a chairman of one of the banks allowed Manafort to file inaccurate loan information in exchange for a role on the Republican campaign and the promise of a job in the Trump administration that never materialized.

At the center of all this will be another Trump campaign aide, Rick Gates, who spent years working for Manafort in Ukraine and is also accused of helping him falsify paperwork used to obtain the bank loans. Gates, who cut a plea deal with Mueller earlier this year, is expected to testify against his former mentor.

Gates is also expected to play a key role in Manafort's second trial, scheduled for September. That trial, set in the District of Columbia, involves allegations that the longtime political consultant acted as an unregistered foreign agent for Ukrainian interests and made false statements to the U.S. government.

Manafort is the only American charged by Mueller to opt for a trial.

The other 31 people charged have either pleaded guilty or are Russians seen as unlikely to enter an American courtroom. Three Russian companies have also been charged. One of those companies has pleaded not guilty and is fighting the allegations in federal court in Washington.