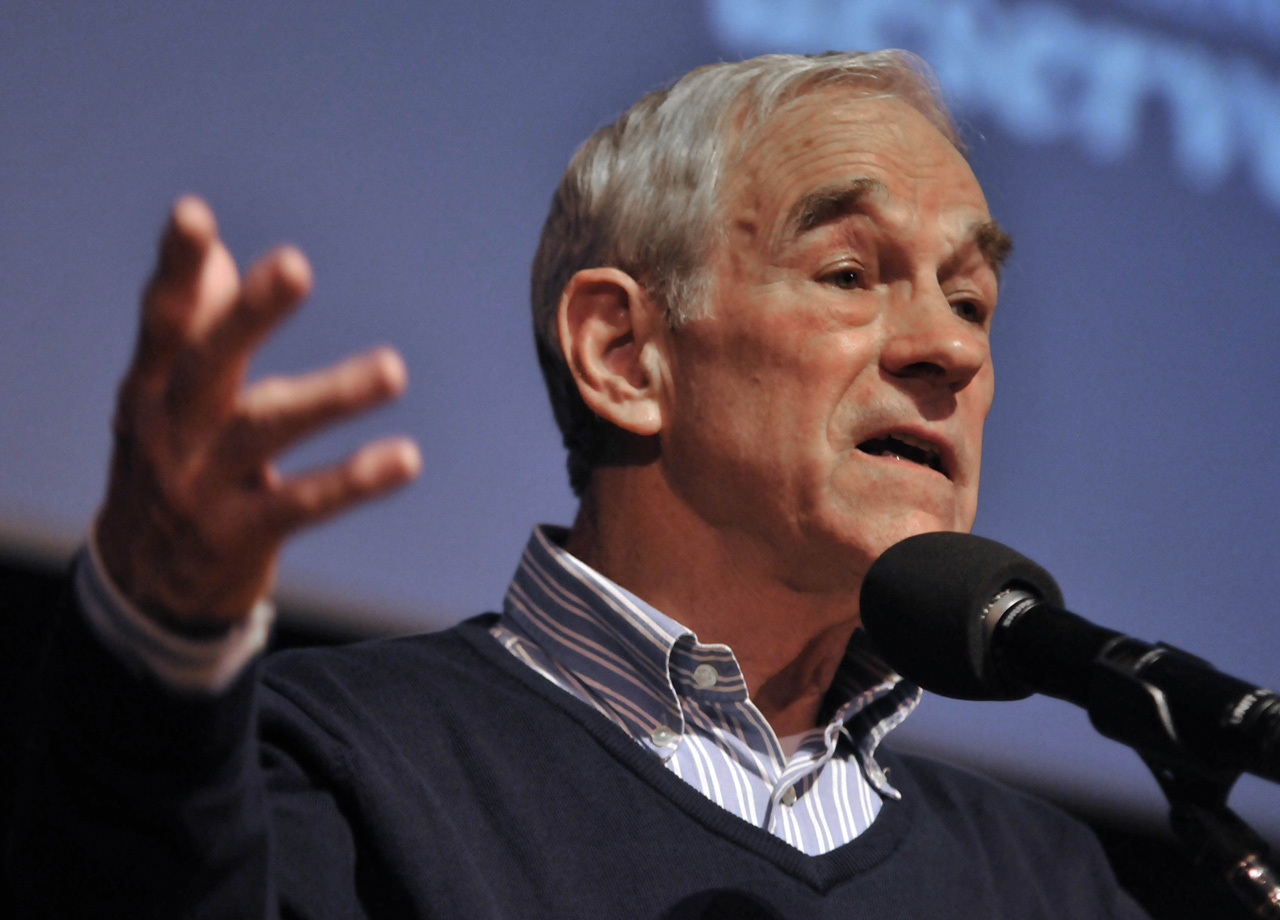 DETROIT-- Ron Paul on Monday brought his signature libertarian agenda to "the poorest zip code in Michigan," outlining his ideas to reform problems unique to the Motor City.

Speaking to a primarily white audience at the Little Rock Baptist Church here, the Texas congressman and Republican presidential candidate tailored his government-hands-off policies to address topics such as racism and the auto industry. Rev. Jim Holley, who introduced Paul, lauded his "courage" in coming to this part of Detroit, "the poorest zip code in Michigan" and an area deemed by the 2010 Census to be 85 percent African-American.

"There are areas now in this country that still have a lot of racism," Paul told the crowd of about 300. "It's been brought up by me at the debates, but believe me, they don't want to touch it, especially in a Republican primary. Because I think where the most serious, or at least one of the most serious, places where racism still exists is in our judicial system.

Following the event, Paul went so far as to say he would "seriously consider" granting pardons to people in jail for victimless drug crimes. And seizing the opportunity to advocate his non-interventionist foreign policy, Paul said people in poverty frequently turn to the military "for economic reasons."

"But war," Paul said, "war is a drain, and it never is a benefit. Some will argue that, 'Oh, it'll create jobs, but what you have to ask is, if you didn't spend this money on the war, how would this money have been spent otherwise? It might have been spent building cars here in the country rather than bombs for overseas."

Paul said after the event that his messages about "the waste of money overseas" and civil liberties were well-received. He added that though he encourages his fellow GOP presidential candidates to follow suit and visit areas with high poverty rates and minority populations, he doesn't believe they will because "it's a little bit more complex than the routine Republican politics."

Reminded that his audience for the event was primarily white, Paul said he "can't change images of the Republican Party or what I'm doing with a snap of the finger. But I think there'll be some benefits from it and my goal is to change people's minds."