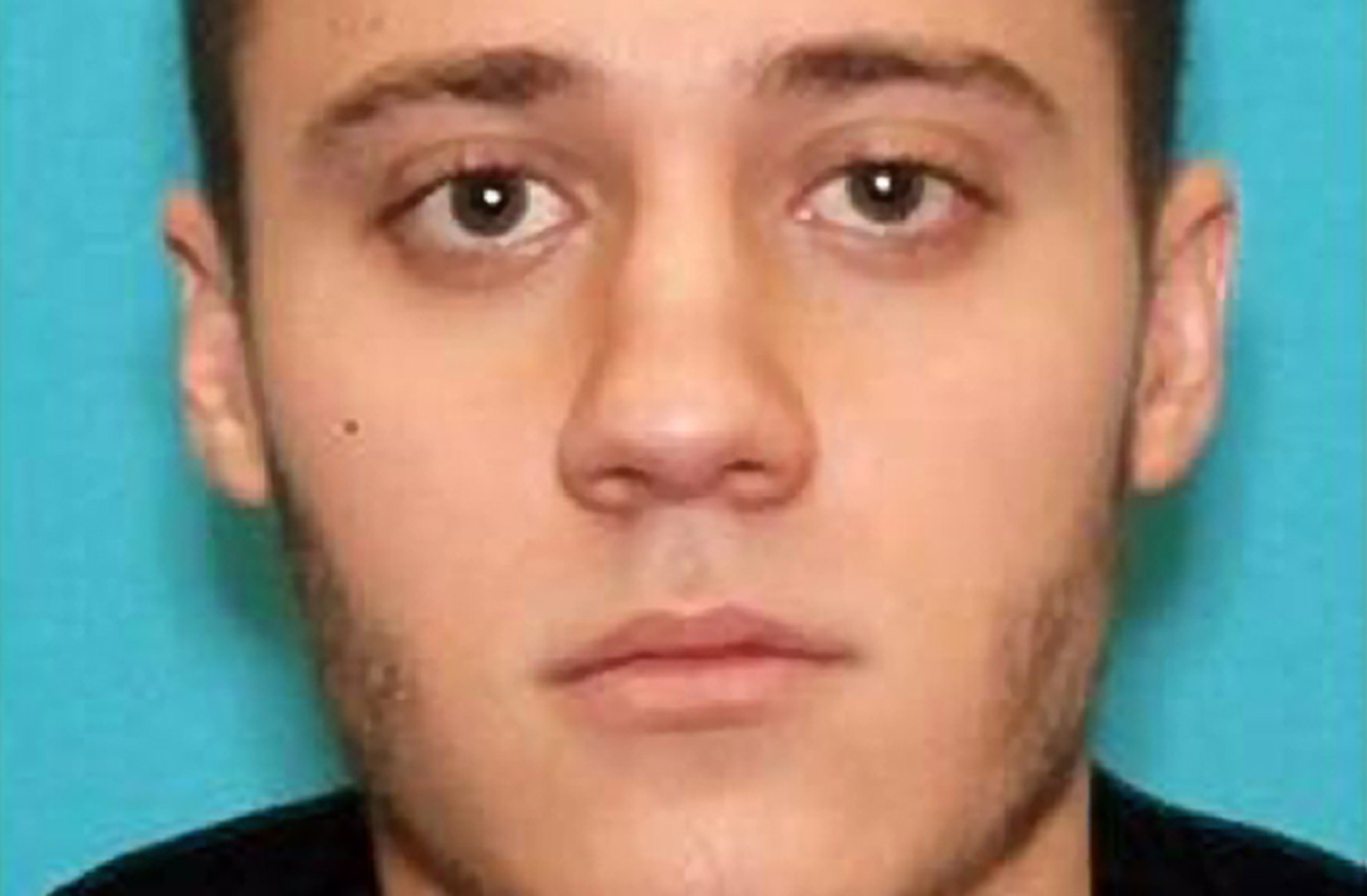 LOS ANGELES Federal prosecutors filed charges of murder and commission of violence at an international airport against the unemployed motorcycle mechanic suspected of carrying out the deadly shooting at the Los Angeles airport.

If convicted, Paul Ciancia could get the death penalty. He was arrested Friday after authorities say he barged into a terminal, pulled an AR-15 semi-automatic rifle from his duffel bag and opened fire. The bullets killed a Transportation Security Administration officer and injuring four others before Ciancia was gunned down by airport police.

The killing was "believed to be a premeditated act of murder in the first-degree," U.S. Attorney Andre Birotte Jr. said in announcing the charges.

Authorities believe someone dropped Ciancia off at the airport, and agents are reviewing surveillance tapes and other evidence to piece together the sequence of events.

"We are really going to draw a picture of who this person was, his background, his history. That will help us explain why he chose to do what he did," FBI Special Agent in Charge David L. Bowdich said.

The suspect appeared determined to lash out at the TSA, saying in a note that he wanted to kill at least one TSA officer and didn't care which one, authorities said.

The shooting began at the TSA checkpoint in Terminal 3, when police say Ciancia pulled a semi-automatic rifle out of his bag.

"He proceeded up into the screening area, where TSA screeners are, and continued shooting and went past the screeners back into the airport itself," Airport Police Chief Patrick Gannon told reporters.

"I heard gunshots, so we all went to the ground, and then a few seconds later I saw him coming up the elevator with his gun pointed, and he just kept walking in towards the terminal," witness Andrea Trujillo said.

Police say Ciancia moved down the long Terminal 3 concourse toward the gate area. Some passengers who could not get out of the terminal packed into restroom stalls for cover. Officers soon confronted Ciancia and exchanged fire before seizing him.

It's not clear why Ciancia targeted the agency, but the note found in his duffel bag suggested the unemployed motorcycle mechanic was willing to kill almost any officer he could confront with his AR-15 semi-automatic rifle.

"Black, white, yellow, brown, I don't discriminate," the note read, according to a paraphrase by a law enforcement official briefed on the investigation. The official spoke on the condition of anonymity because he was not authorized to speak publicly.

Former classmates barely remember him and even a recent roommate could say little about the young man who moved from New Jersey to Los Angeles less than two years ago. A former classmate at Salesianum School in Wilmington, Del., said Ciancia was incredibly quiet.

"He kept to himself and ate lunch alone a lot," David Hamilton told the Los Angeles Times. "I really don't remember any one person who was close to him .... In four years, I never heard a word out of his mouth."

On Friday, Ciancia's father called police in New Jersey, worried about his son in L.A. The young man had sent texts to his family that suggested he might be in trouble, at one point even saying goodbye.

The call came too late. Ten minutes earlier, police said, he had walked into the airport, pulled the rifle from his bag and began firing at TSA officers. When the shooting stopped, one officer was dead and five other people were wounded, including two more TSA workers and the gunman himself.

When searched by police, Ciancia had five 30-round magazines, and his bag contained "hundreds of rounds in 20-round boxes," the law-enforcement official said.

Authorities identified the dead TSA officer as Gerardo I. Hernandez, 39, the first TSA official in the agency's 12-year history to be killed in the line of duty.

Allen Cummings, police chief in Pennsville, a small blue-collar town near the Delaware River where Ciancia grew up, said he's known Ciancia's father - also named Paul - for more than 20 years. The father called him around midday Friday to report the worrisome texts.

In the messages, the younger Ciancia did not mention suicide or hurting others, but his father had heard from a friend that his son may have had a gun, Cummings said.

The police chief called Los Angeles police, who sent a patrol car to Ciancia's apartment. There, two roommates said that they had seen him a day earlier and he had appeared to be fine.

But by that time, shots were already breaking out at the airport.

"There's nothing we could do to stop him," Cummings said.

The police chief said he never met Paul Ciancia Jr., but that he learned from his father that he attended a technical school in Florida, then moved to Los Angeles in 2012 hoping to get a job as a motorcycle mechanic. He was having trouble finding work.

"I've never dealt with the kids," the chief said. "They were never on the police blotter, nothing like that."

A basic motorcycle mechanic course takes about a year, she said.

After arriving in LA, Ciancia stayed on the couch of an acquaintance at the Rancho Los Feliz Apartment Homes for two weeks, apartment manager David Plaxen said. Ciancia was never on a lease.