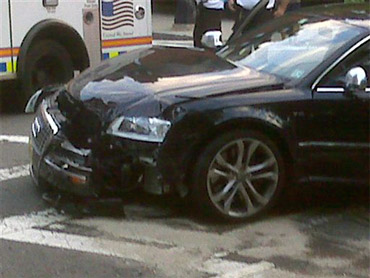 New England Patriots quarterback Tom Brady was in a two-car accident near his home on Thursday morning but was unhurt and attended a walk-through practice later in the day.

"I understand he's fine, but I haven't talked to him," the two-time Super Bowl MVP's father, Tom Brady Sr., told The Associated Press outside his son's home in Boston's Back Bay neighborhood.

The elder Brady had just arrived in Boston from the family's California home and found out about the accident as soon as he got off his flight.

"Not the way you like to get off a plane," he said.

The team confirmed the accident on Twitter and Facebook, and team spokesman Stacey James said he attended the walk-through practice.

A passenger in the other vehicle had to be freed with the Jaws of Life and was taken to Brigham & Women's Hospital with serious injuries that are not considered life-threatening, Boston Fire Department spokesman Steve MacDonald said.

Police responded to the intersection of Commonwealth Avenue and Gloucester Street at about 6:30 a.m. to reports of an accident between an Audi sedan and a minivan, police spokeswoman Elaine Driscoll said. The intersection is three blocks from Brady's home.

A witness told CBS affiliate WBZ in Boston that she saw the minivan go through a red light just before the crash. A utility pole at the intersection was knocked down.

The accident remains under investigation.

One of Brady's neighbors, a 74-year-old woman who asked that her name not be used for fear of being hounded by media inquiries, was walking her dogs when she saw the accident.

She said Brady was traveling south on Gloucester and approaching the intersection on a green light when his black Audi collided with a fast-moving red Ford Aerostar that was westbound on Commonwealth.

Afterward, she said Brady immediately got out of his car.

The woman had been near the intersection when the crash occurred and fell down and hit her head while bracing for impact.

She said the two sat next to each other in an ambulance, but neither was taken to the hospital. She did not realize he was the star quarterback until later.

Bill Barron said he was in his apartment overlooking the intersection when he heard a collision that sounded like "a bolt of lightning."

When he looked out the window, he saw the driver of the car picking glass off his clothes and wiping himself off with a towel. He didn't realize until later that it was Brady.

"I thought it was some college kid who had crashed up his father's really nice car," Barron said.

Brady then retrieved some items from his car, made a series of phone calls and was picked up by another vehicle, Barron said.

The Patriots open their season at home Sunday against the Cincinnati Bengals.

The accident comes as Brady remains in talks with the Patriots about a contract extension. He is entering the final year of his current contract - a six-year, $57.3 million deal.

Judge breaks silence about "madman" who killer her son 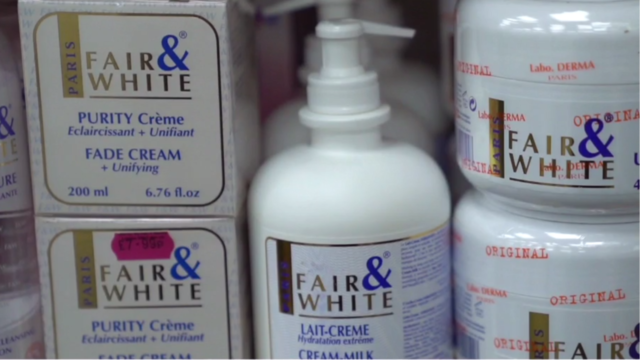 Cosmetics giants are being accused of hypocrisy for claiming to stand against racism, while at the same time promoting whiteness.