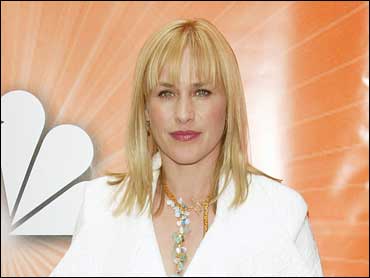 The show is inspired by the real-life story of Allison DuBois, who is a research medium.

Arquette made her screen debut in the horror flick "Nightmare on Elm Street III," following with "True Romance," "Ed Wood," "Flirting With Disaster" and "Stigmata," among others.

Acting is in the Arquette family's blood, including her father and grandfather. Her older sister Rosanna was the first of the Arquette siblings to make it big in "Desperately Seeking Susan."

Her brother David, who is married to actress Courtney Cox, has established himself as an actor on the big screen as well. The other two Arquette siblings, Alexis and Richmond, act as well.

In 1995, Arquette wed Nicolas Cage. In 1999, she starred as Mary in Martin Scorsese's dark film "Bringing Out the Dead" opposite her husband Nicolas Cage. This was the first time the couple worked together. In 2000, the couple divorced.

In 2002, she was engaged to actor Thomas Jane and then the couple wed in 2006 at the Palazzo Contarini in Venice, Italy. They have a daughter, Harlow Olivia Calliope, who was born in 2003. Arquette also has a son, Enzo, who was born in 1989, from her previous relationship with musician Paul Rossi.