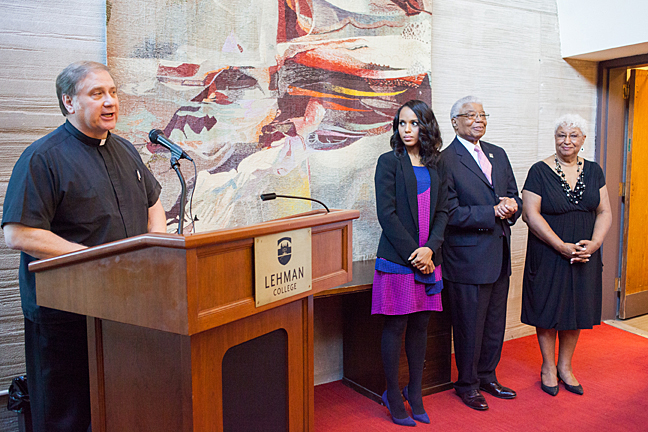 Gorman, director of prison chaplains for the archdiocese and also the longtime chairman of a Bronx community board, was accused of sexually abusing a 13-year-old male victim. The man's attorney, Mike Reck of Jeff Anderson & Associates, said his client came forward to church and law-enforcement officials around mid-2015, and that the allegations were deemed credible.

"The investigation then unearthed additional survivors and witnesses," Reck said.

Reck said at least one other person from St. Barnabas has come forward alleging abuse.

Reck's client claims Gorman abused him decades ago, when Gorman was a leader at St. Barnabas Church in the Bronx. Reck said it was there that Gorman "used that position of power to access a child, who was a parishioner. He transported him to another church-owned facility and that's where that incident of abuse occurred."

There is no active civil case on the matter and it is unclear whether criminal charges will be filed, according to Reck. He said said his client came forward seeking to protect potential victims and to encourage others who may have been harmed by the priest.

Gorman also has an attorney, Murray Richman, a friend who said he knows Gorman through community activism work. Richman denied the allegations against his client despite saying he knew little of the specifics.

He said of the sex abuse claim that Gorman was "troubled by it, obviously," calling Gorman an "exceptionally decent, good man." He posited that since his seriously ill client "has nothing," the alleged victim might go after the Catholic church's "deep pockets" instead.

He likened Gorman to a man walking along happily before passing under a cloud "and suddenly it's raining."

"These things come up and suddenly they're there," Murray said.

For Gorman's alleged victim, however, a cloud may finally be lifting.

Reck said his client greeted Gorman's removal as "a necessary and vital first step" to letting other potential victims know they aren't alone and to keeping Gorman away from children.

He said the decades between the alleged abuse and his client's reporting of it was not unusual in these types of cases.

"The shame makes the survivor of this kind of trauma suppress it and keep it a secret," Reck said.

The Archdiocese of New York did not immediately return a call for comment.