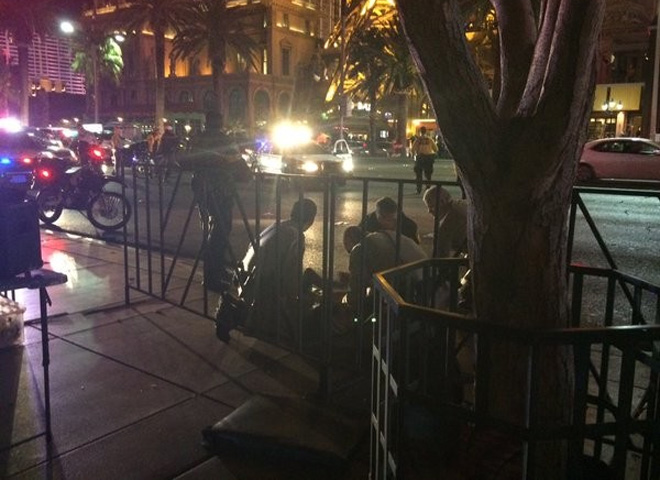 LAS VEGAS - A young passerby on the Las Vegas Strip was injured Friday night after police officers fired on a man who was walking in and out of traffic waving a gun.

Capt. Matt McCarthy said the police received numerous calls about an armed individual weaving in and out of traffic on the Strip, pointing his weapon at people.

When police arrived to the scene at about 7:30 p.m. near the fountain of the Bellagio Hotel and Casino, the suspect ignored their commands.

McCarthy said the officers then fired on the man, who was not hit, but a child on the Strip was grazed by a bullet. The juvenile was taken to a hospital and released in good condition. Another pedestrian's clothes were also hit.

The suspect, who is known as one who frequently sells goods to tourists, was arrested and booked into the Clark County Detention Center. His identity has not yet been released,

The police activity closed the busiest stretch of the Strip for several hours.

No officers were hurt during the incident, the police said.