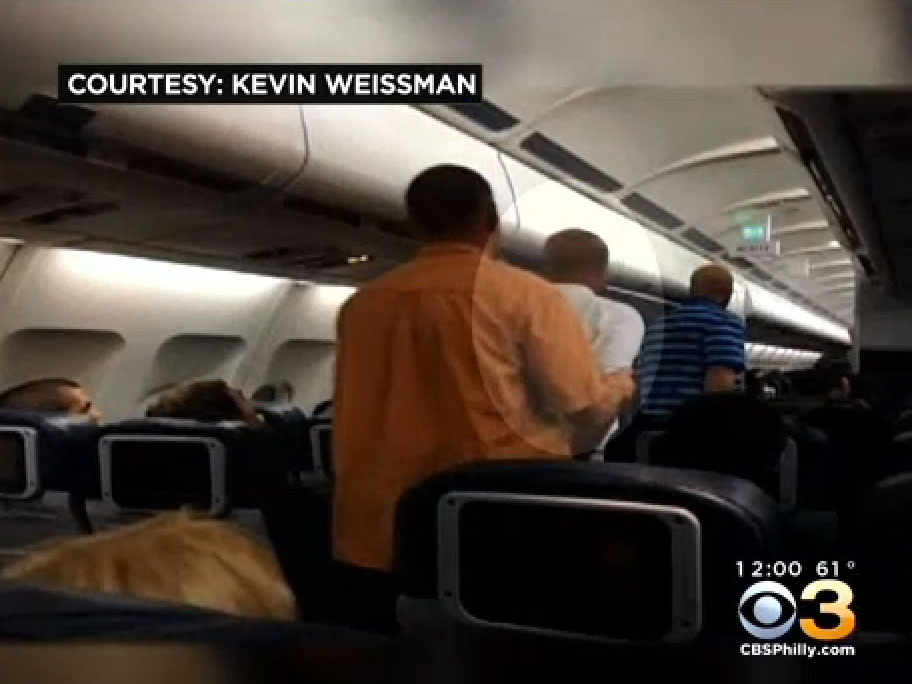 PHILADELPHIA -- A US Air flight from Philadelphia to London had to turn around Tuesday night after a passenger allegedly became drunk and attempted to grope women on the plane, reports CBS Philly.

US Air flight 728 took off around 10:20 p.m., but just over an hour later, passengers were told they were turning around due to an unruly passenger. After circling to burn fuel, the plane landed a little after 1 a.m., and Robert John Coppack was taken off the plane and into custody.

In an affidavit, Coppack is said to have been "verbally aggressive" in addition to inappropriately touching several female passengers.

In a written statement, US Airways said, "The passenger was restrained onboard by federal officials and removed from the flight on return to Philadelphia."