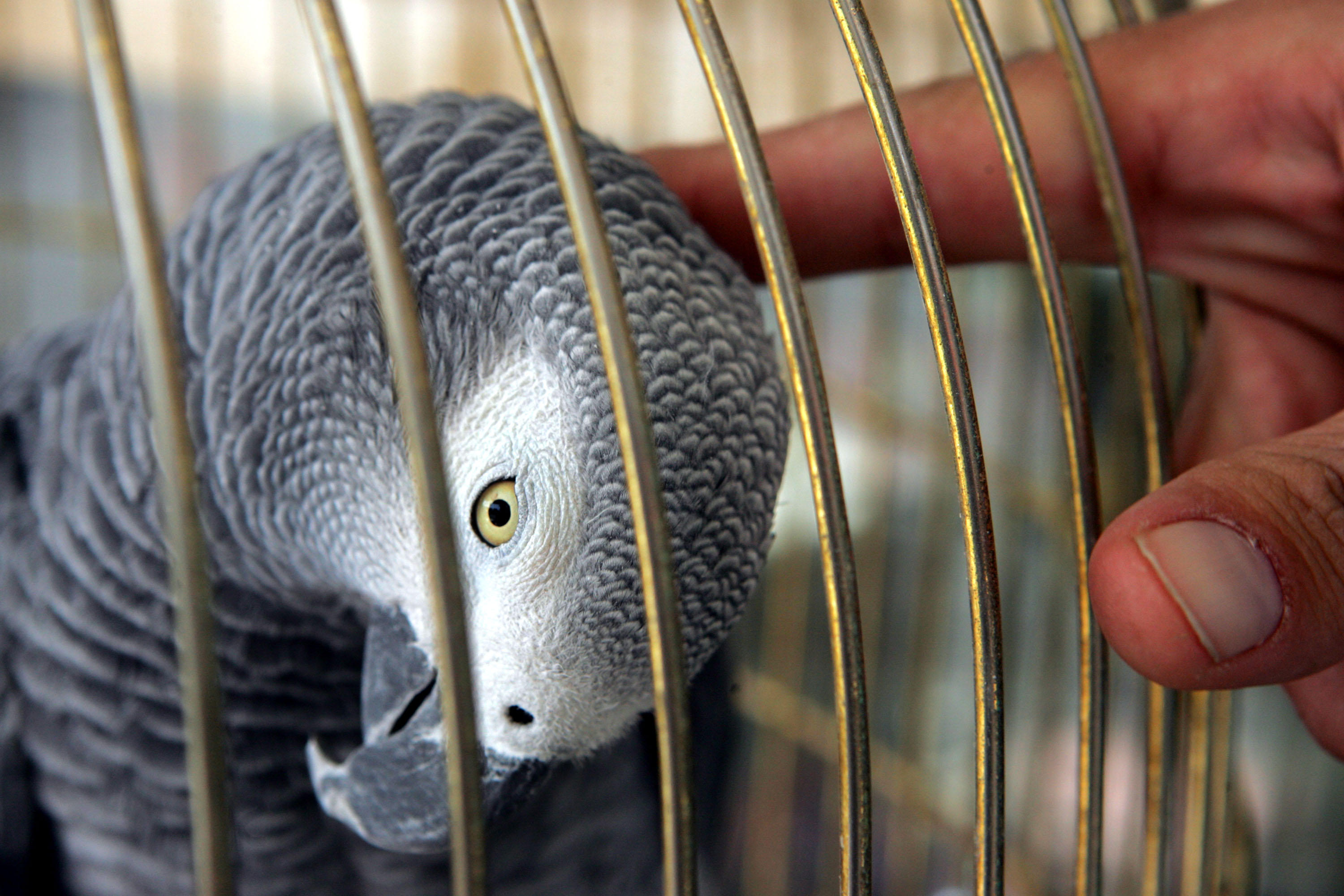 MADISON, Maine -- A parrot that can do a wolf whistle and sometimes sounds like R2-D2 from the “Star Wars” films is on the loose in Maine.

The 10-inch-tall charcoal gray bird has a burgundy tail. Cornejo says it has since been seen several times on the grounds of the Skowhegan School of Painting and Sculpture, where Cornejo is the summer program administrator.

Paco can imitate the beeps of microwave ovens, smoke detectors and trucks.

The birds are native to the African nations of Liberia, Sierra Leone and the Ivory Coast.

Experts say the parrot could face difficulties feeding itself and avoiding predators.