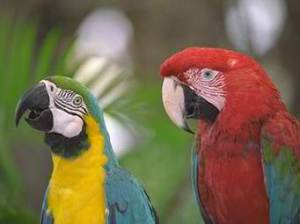 (CBS/KCBS) SANTA CRUZ, Calif. - A Santa Cruz man was arrested Sunday on suspicion of killing a 17-year-old parrot, by throwing the bird to the ground and stomping it to death, according to CBS station KCBS.

David Miles, 32, was arrested after Santa Cruz County sheriff's deputies found him near a home in unincorporated Boulder Creek where, at about 11:40 p.m. Sunday, they discovered a dead parrot after responding to a disturbance call.

Detectives said Miles killed the parrot, named Huey, after the bird landed on him and began biting him. The parrot died at the home, which Miles had been visiting, KCBS reported.

He was booked into Santa Cruz County Jail on suspicion of animal cruelty.