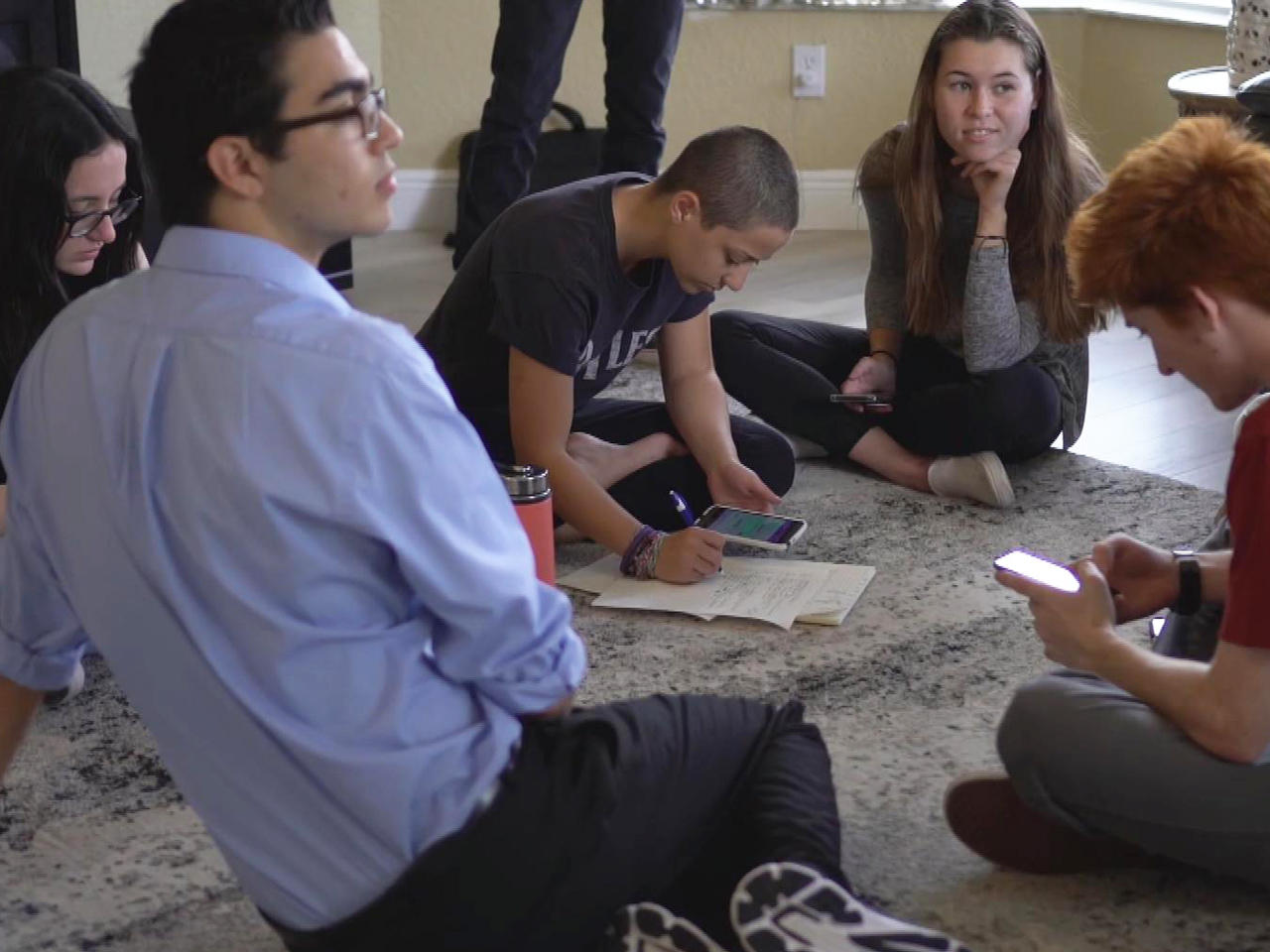 CBS News journalists, embedded with survivors of the Parkland, Florida school shooting, took viewers inside the creation of a movement as students turn grief into action in "39 Days", a one-hour documentary broadcast Sunday, March 24, 2018 on CBS.

In the days after a former student at Marjory Stoneman Douglas High School shot and killed 17 people, CBS News began following a group of students who banded together to fight back. They set out to let the world know immediate change is needed to save lives. The documentary captured students' raw emotions as they grieve and work around the clock in an effort to change the gun laws of this country.

Journalists were also embedded with Andrew Pollack, whose daughter Meadow was killed in the shooting. Pollack's searing and powerful speech at the White House has made him one of the most visible of the victims' parents.

"It should've been one school shooting and we should have fixed it," Pollack told President Trump that day. "And I'm pissed, because my daughter I'm not going to see again."

Pollack said the focus should be on tightening school safety, not changing gun laws.

"It's great that the kids are out there together and that they have a voice," Pollack said. "I would tell them to focus their energy on something that's achievable that we could accomplish right now. What we need right now in this country is school safety."

His mission, he said, is to make schools as secure as courthouses and airports.

"Her presence is keeping me strong," said Pollack of his daughter, "to fight this cause, to keep the schools -- we just gotta make 'em safe. That's all I want."

"39 Days" also included strong voices from the second amendment conversation. The documentary presented a timeline of the tumultuous events from the first day of the shooting to the "March for Our Lives," which took place in Washington, D.C. and cities around the country. The documentary will also feature reports from on the ground at the marches.

"Seventeen people. My peers, my teachers, they died," says student activist Delaney Tarr. "Ultimately, the only way I feel I can really heal is if I try to make a difference."

CBS News provided extensive multi-platform coverage of the "March for Our Lives" starting with "CBS This Morning: Saturday" and continued on CBSN, CBS News' digital streaming news network, then on the "CBS Weekend News," online at CBSNews.com and on CBS News Radio. Also, "CBS Sunday Morning" and "Face The Nation" had reports on Sunday, March 25.