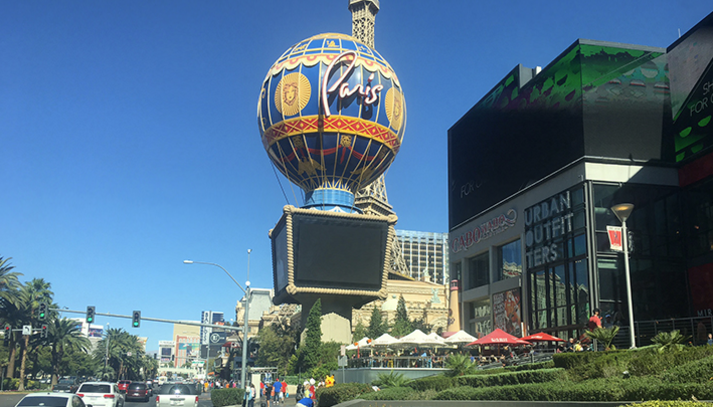 LAS VEGAS -- Thousands of guests and employees were evacuated Thursday from a big hotel-casino on the Las Vegas Strip due to a power outage that lasted hours.

The entire Paris Las Vegas lost power at about 9:45 a.m. when a contractor working in the basement cut into the main power line, Clark County spokeswoman Stacey Welling said.

No injuries were reported, but Welling said fire crews had to rescue 11 people who were trapped in five different elevators at the hotel owned by Caesars Entertainment Corp.

“We’re trying to keep people out of the casinos because it’s pitch black in there,” Rich Broome, the company’s executive vice president, told reporters at a noon briefing.

The evacuation impacted employees as well as around 3,000 guests.

Broome said the hotel was looking at other options for the guests should the outage continue. Guests were told to go to Bally’s front desk if they would like to be reassigned to a different property. Guests were also encouraged to spend time at Planet Hollywood while they waited to get back into their rooms.

“We’re as unhappy about this situation as they are,” said Broome. “We’re going to work closely with our customers to make sure they are not harmed financially because of this event.”