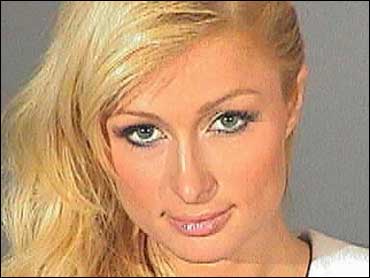 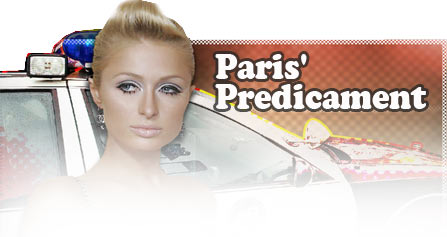 A look at the chronology of events since Paris Hilton's arrest in 2006:

Sept. 7, 2006: Officers arrest Paris Hilton in Hollywood for investigation of driving under the influence after she was spotted "driving erratically."

Sept. 26, 2006: Hilton is charged with misdemeanor driving under the influence.

Jan. 9, 2007: Hilton's lawyers enter not guilty pleas on her behalf to one count each of driving under the influence and driving with a blood-alcohol level of .08 or above.

Jan. 15, 2007: Hilton is pulled over by California Highway Patrol and informed that her license is suspended. She signs a document acknowledging she is not to drive.

Jan. 22, 2007: Hilton pleads no contest to a reduced charge of alcohol-related reckless driving. She is placed on three years' probation, ordered to enroll in alcohol education and pay $1,500 in fines.

Feb. 27, 2007: Hilton is ticketed for misdemeanor driving with a suspended license. A copy of the document signed Jan. 15 is found in her glove compartment.

March 29, 2007: The city attorney's office says it will ask a judge to revoke Hilton's probation.

May 3, 2007: Prosecutors recommend Hilton serve 45 days in jail for a probation violation.

May 6, 2007: Publicist Elliot Mintz says he and Hilton have parted ways over an apparent "misunderstanding she received from me regarding the terms of her probation."

May 9, 2007: Hilton hires a new attorney, Richard A. Hutton, who specializes in DUI cases.

May 14, 2007: Psychiatrist Charles Sophy says in court documents that Hilton is "distraught and traumatized as a consequence of the findings at the May 4 hearing ... and her fear of incarceration."

May 16, 2007: Sheriff's officials say Hilton will serve 23 days in a special unit away from the general population.

June 3, 2007: Hilton reports to the Century Regional Detention Facility in Lynwood after attending the MTV Movie Awards and saying she's ready to serve her sentence.

June 4, 2007: Hilton's attorney says his client is doing well under the circumstances.

June 7, 2007: Hilton is released from jail because of an undisclosed medical problem and is ordered serve the rest of her sentence in home confinement. Judge Sauer later orders Hilton to appear in his courtroom to determine whether she should return to jail.

June 8, 2007: Hilton appears in Los Angeles County Superior Court. An outraged Judge Sauer orders her back behind bars to serve out her 45-day sentence. This time, the heiress is in the medical ward of the Twin Towers facility in downtown Los Angeles.

June 26, 2007: Just after midnight, the heiress is released from jail after serving just 23 days of her 45-day sentence for good behavior.