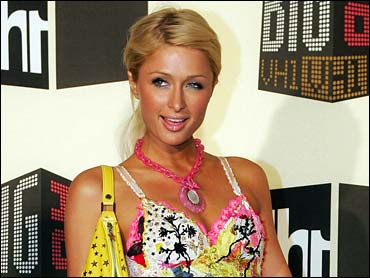 Paris Hilton has been named one of the "most fascinating people of 2004" by celebrity journalist Barbara Walters.

On Wednesday, Walters was to host a television special, presenting her choice for the 10 most intriguing people of the year. Others besides the hotel heiress include filmmaker Michael Moore, "Jeopardy!" champ Ken Jennings and Boston Red Sox pitcher Curt Schilling.

In an interview for the show, Walters asked Hilton about the infamous sex video with her then-boyfriend Richard Salomon. The tape surfaced just before the premiere of Hilton's Fox reality show, "The Simple Life."

"I was in love with him, and people, I think, do that sometimes," Hilton says. "I never thought that it would get out and that I'd be hurt like that.

Nevertheless, "The Simple Life" became a hit, and spawned a second series as well.

"Barbara Walters Presents: The 10 Most Fascinating People of 2004" airs Wednesday on ABC.