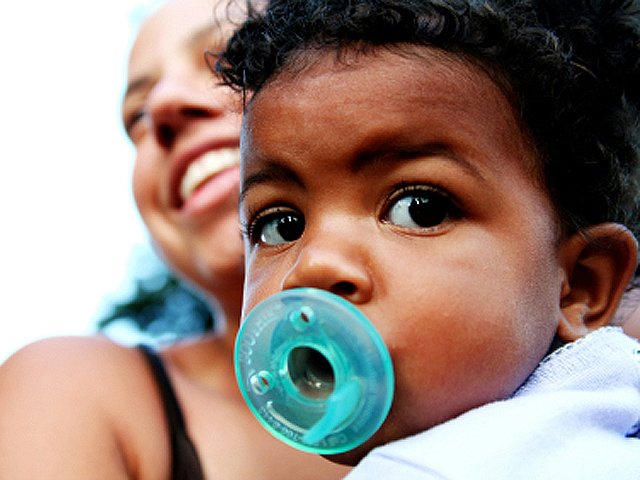 Quit your job...to save money? While this may sound counterintuitive, it's exactly the decision some parents make to deal with skyrocketing childcare costs. According to research from the National Association of Child Care Resource & Referral Agencies (NACCRRA), putting a 4-year-old in full-time daycare for a year in Mississippi costs $4,650. Sounds expensive, but relatively doable? If you happen to live in Washington, D.C., the cost soars to $18,200. Even more stunning, the figures for infant daycare are higher than annual public college tuition in 36 states. With job growth on the upswing and more people going back to work, new employment may mean some tough decisions for parents. In some cases, childcare costs combined with commuting and other expenses may push households to downsize from two incomes to one.

Maternity leave: 4 tricks for going back to work
Motherhood and work: 6 surprising facts
The gender pay gap: one way to solve the issue

For former Fulbright scholar Jacqueline Edelberg, her choice was made clear when she realized her nanny's income would exceed her own. "As a starting-out adjunct professor, I'd make $45,000 a year; as an instructor, considerably less, and no benefits. Either way, my nanny would out-earn me," says Edelberg, who wrote How To Walk To School: A Blueprint For A Neighborhood School Renaissance. And even if childcare costs are relatively reasonable, tax laws may be another factor to consider when deciding whether to outsource childcare.

When Kristin Maschka was laid off from her part-time job at an internet start-up around the time her daughter (now 11) was born, she and her husband ran the numbers and were surprised by what they saw. "We looked at my income and the cost of childcare, and also noted that my job would put us in a higher tax bracket. The cost of childcare was not the issue, the issue was a tax policy from post WWII -- joint filing -- that was designed to push women out of the workforce," says Maschka, author of This is Not How I Thought It Would Be: Remodeling Motherhood to Get the Lives We Want Today. Today, she urges fellow parents to look at longer-term financial considerations -- including future earning potential and retirement savings -- when making the choice to have a parent provide childcare or to hire outside help.

Edelberg says she's confident she made the right choice for her family: "Like many of my park friends, I reasoned that work would always be there waiting for me on the other side of mommy-hood, but caregiving, as tedious and difficult as it frequently is, would not. When I look at my two adorable kids, Maya and Zack (now 13 and 11), I know them, and they know me. And for that, I am eternally grateful."

Parents: Did you (or would you) quit your job to save on childcare costs? Please share your story in the comments section below.