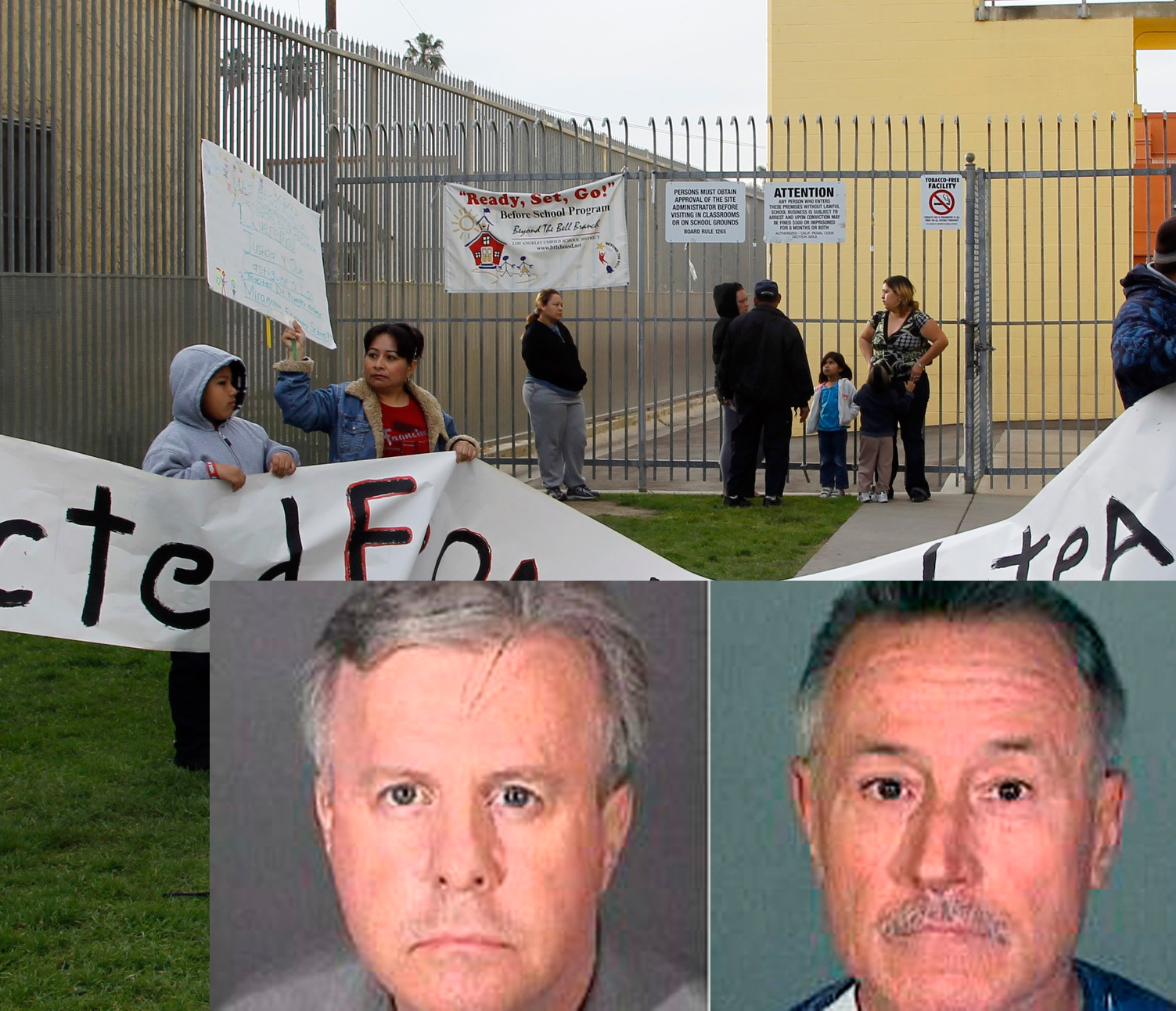 (CBS/AP) LOS ANGELES - About three dozen parents and supporters gathered in protest Monday at a Los Angeles elementary school that was recently rocked by allegations of lewd conduct crimes committed by two teachers against children.

Protesters were demanding greater communication with education officials and the placement of cameras in classrooms and hallways at Miramonte Elementary School after the recent arrests of Mark Berndt and Martin Springer.

The acts cited by authorities include blindfolding children and feeding them his own semen in his classroom in what children were allegedly told was a tasting game, and also taking lewd photos of the kids. Berndt remains jailed on $23 million bail and could face life in prison if convicted.

Four days later another teacher, Springer, 49, was arrested on suspicion of fondling two girls in his classroom. He was being held on $2 million bail.

Almost a quarter of the school's students stayed home on Monday, with attendance reaching just 72 percent, the district said.

Arianna Perez, 30, who is keeping two sons out of the school, was angry and upset as she demanded new teachers and a new principal.

"I'm not letting them in (school)," she said of her children. "They're scared to be in. I'm not going to put them in risk of (teachers) doing something to them."

Attorney Luis Carrillo came to the 1,400-student campus to announce he had filed a claim Monday against the school district on behalf of two girls and boy who allegedly were victims of Berndt between 2008 and 2010. A claim is a precursor to a lawsuit.

Two other attorneys have also announced plans to sue the district.