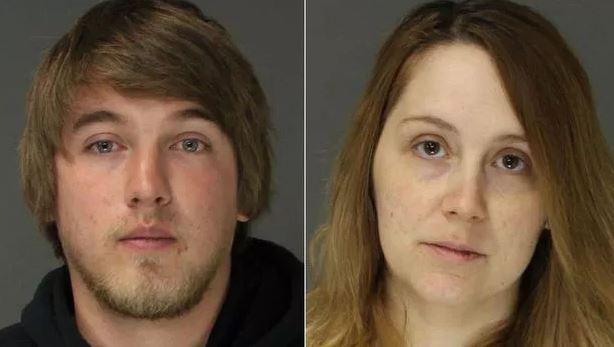 SINKING SPRING, Pa. -- The parents of a 6-month-old girl found dead in a storage container filled with cat litter in a crawl space in their Pennsylvania home are now facing criminal homicide charges. Twenty-five-year-old Shaun Oxenreider and 27-year-old Samantha Trump had initially been charged in Berks County with concealing the death of a child, abuse of a corpse and conspiracy.

Authorities say Harper Trump's body was found March 20 in a trash bag in a plastic container filled with cat litter at the Spring Township complex. Spring Township police said a tip from a family member about the welfare of the baby led officers to the apartment, reported CBS Philadelphia.

An autopsy concluded Harper died around Jan. 1 from blunt-force head trauma and had rib fractures. The criminal homicide charges were filed this week by the Bucks County District Attorney's office after a review of the autopsy results.

The defendants remain in prison in lieu of $250,000 bail each. Messages left with their legal representatives after business hours Wednesday haven't been returned. Oxenreider's attorney earlier said his client wasn't the primary caregiver.