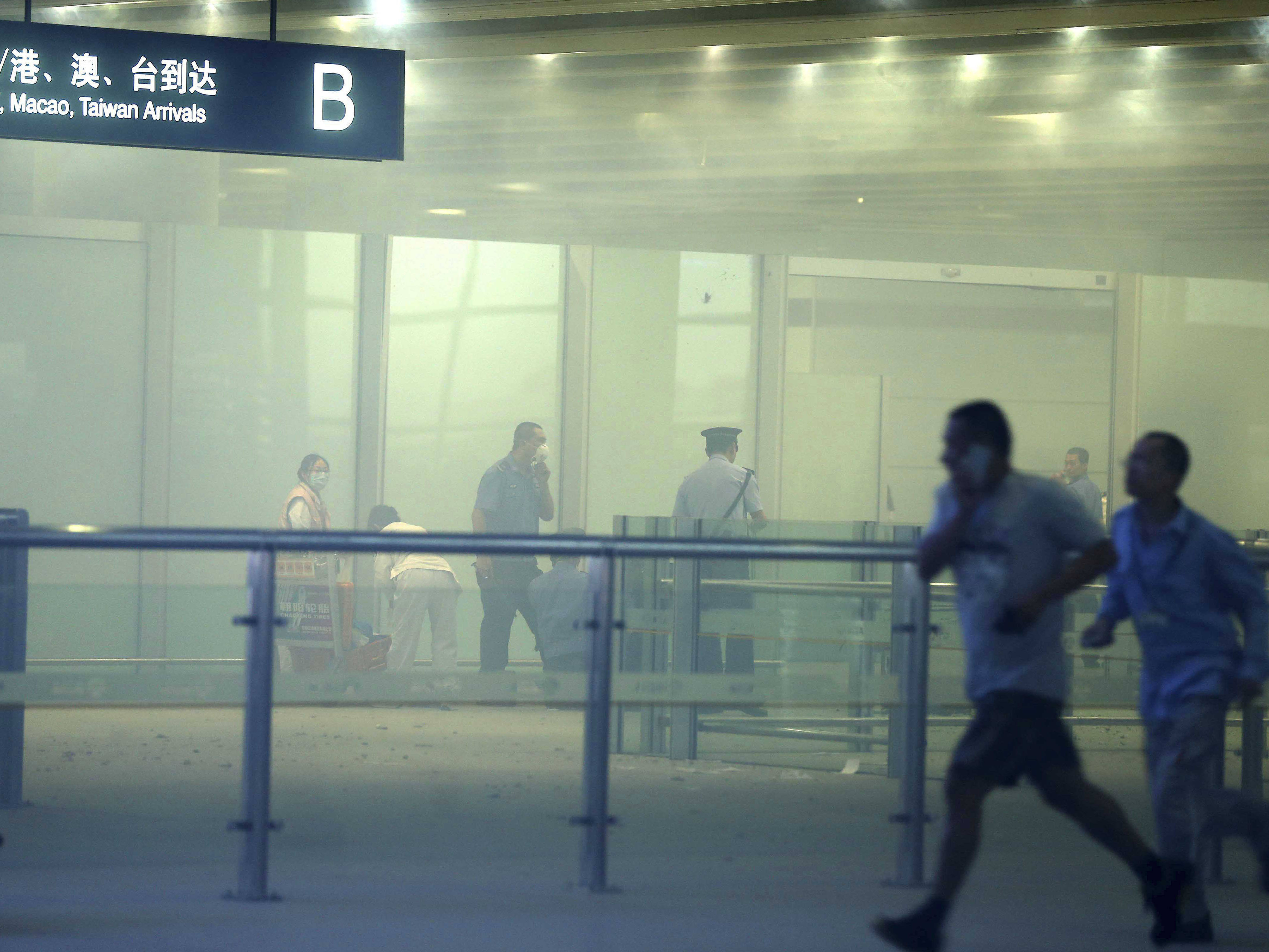 BEIJING A paralyzed former taxi driver went on trial Tuesday for endangering public safety by setting off an explosion at Beijing's airport, but his lawyer said he was only seeking attention and didn't intend to detonate the blast or hurt anyone.

The explosion two months ago injured only the defendant, Ji Zhongxing, who already had been paralyzed in what he said was a beating by city officials in Guangdong province in 2005 and who had unsuccessfully tried to petition for redress.

Ji, 33, went to Beijing's crowded airport in a wheelchair on July 20, carrying a homemade explosive that went off when police approached.

The explosion drew wide condemnation but also sympathy from many observers who saw his act as a sign that the country does not adequately address grievances of increasingly marginalized members of its society.

Ji was carried into the proceedings at Beijing Chaoyang District Court on a stretcher, the official Xinhua News Agency said. Prosecutors have filed charges that carry a prison term of three to 10 years, Xinhua said. The trial lasted about two and a half hours, and the verdict was expected later.

Ji's lawyer Li Xiaoyuan said his client had hoped to attract police so that he could be detained and discuss his beating in 2005 by city security guards in the Guangdong city of Dongguan. The explosive device accidentally detonated when he was trying to transfer it from one hand to another, Li said.

"I don't think it was my brother's intention to set off the explosive," the defendant's brother, Ji Zhongji, said after watching the trial. "He is innocent, and it is the men who beat him in Guangdong eight years ago who should get punished."

Cases of violence used by city officials against vendors and taxi drivers deemed in violation of local rules — often caught on video by bystanders — have prompted widespread criticism among the public, and added to the sympathy many Chinese have expressed for Ji Zhongxing.