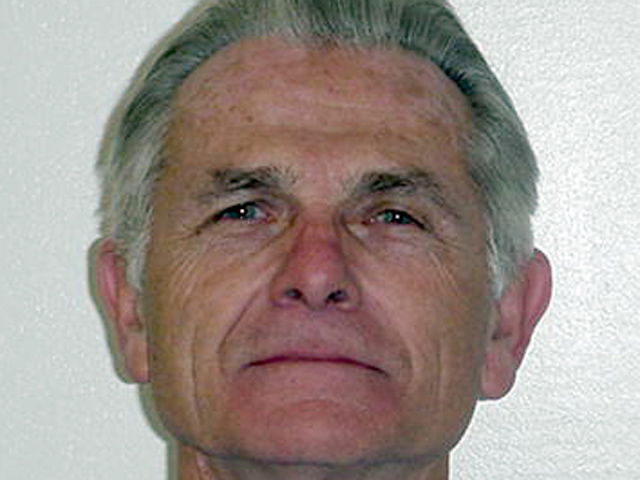 LOS ANGELES A former Charles Manson follower imprisoned for 40 years in a double murder engineered by Manson won a recommendation of parole Thursday in his 27th appearance before a parole board panel.

Bruce Davis, convicted with Manson and another man in the killings of a musician and a stuntman, was not involved in the infamous Sharon Tate murders in 1969.

The answer to his plea for freedom came on the eve of his 70th birthday. He was a young man of 30 when he was sentenced to life in prison in 1972 in a case that was a postscript to Manson's notorious reign as leader of the murderous communal cult known as the Manson family.

Davis long maintained he was a bystander in the killings of the two men, but in recent years he acknowledged his shared responsibility because he was present.

The hearing was held at the California Men's Colony at San Luis Obispo, where Davis is imprisoned.

His release was opposed by a Los Angeles prosecutor and by a former Manson family member, Barbara Hoyt, as well as Sharon Tate's sister, Debra Tate. The two women attended the hearing, according to The Tribune of San Luis Obispo.

The recommendation is not the last hurdle in Davis' quest for freedom. The parole grant is subject to a 120-day review period by the entire parole board. If it is upheld, Gov. Jerry Brown then has 30 days to review the decision.

Los Angeles County district attorney's spokeswoman Sandi Gibbons said, "We certainly disagree with the board's decision. We will evaluate how we plan to proceed as the matter goes to Gov. Brown."

A parole board determined then that Davis was ready for release, saying he had no recent disciplinary problems and had completed education and self-help programs.

However, Schwarzenegger reversed the decision, citing the heinous nature of the crimes and saying Davis was still a danger. Gov. Brown has the final say on decisions by the current parole board. His spokesman Gil Duran declined comment after the hearing, saying the issue had not yet reached the governor's desk.

Davis has been in prison since being convicted with Manson and another follower, Steve Grogan, in the murders of musician Gary Hinman and stuntman Donald "Shorty" Shea.

"I'm pleased and relieved and I hope Bruce's ordeal will be over," said attorney Michael Beckman, who has been fighting for years for the release of Davis.

He said an emotional Davis spoke to the panel at length and took responsibility for his role in the killings. Davis also said he tried to do good for other inmates and would continue ministering for troubled souls on the outside, the lawyer said.

Davis became a born-again Christian in prison and ministered to other inmates, married a woman he met through the prison ministry, and has a grown daughter. The couple recently divorced.

Beckman said Davis also earned a master's degree and a doctorate in philosophy of religion.

Few followers of the infamous Manson cult have been released from prison. Grogan was freed in 1985 after he led police to Shea's buried body.

Lynette "Squeaky" Fromme was released from federal prison in 2009 after serving time for the attempted assassination of President Gerald Ford.

Manson and two of his followers, Leslie Van Houten and Patricia Krenwinkel, remain in prison for life in the Tate killings. Their co-defendant, Susan Atkins, died of cancer behind bars in 2009. Another of the Tate killers, Charles "Tex" Watson, remains in prison.