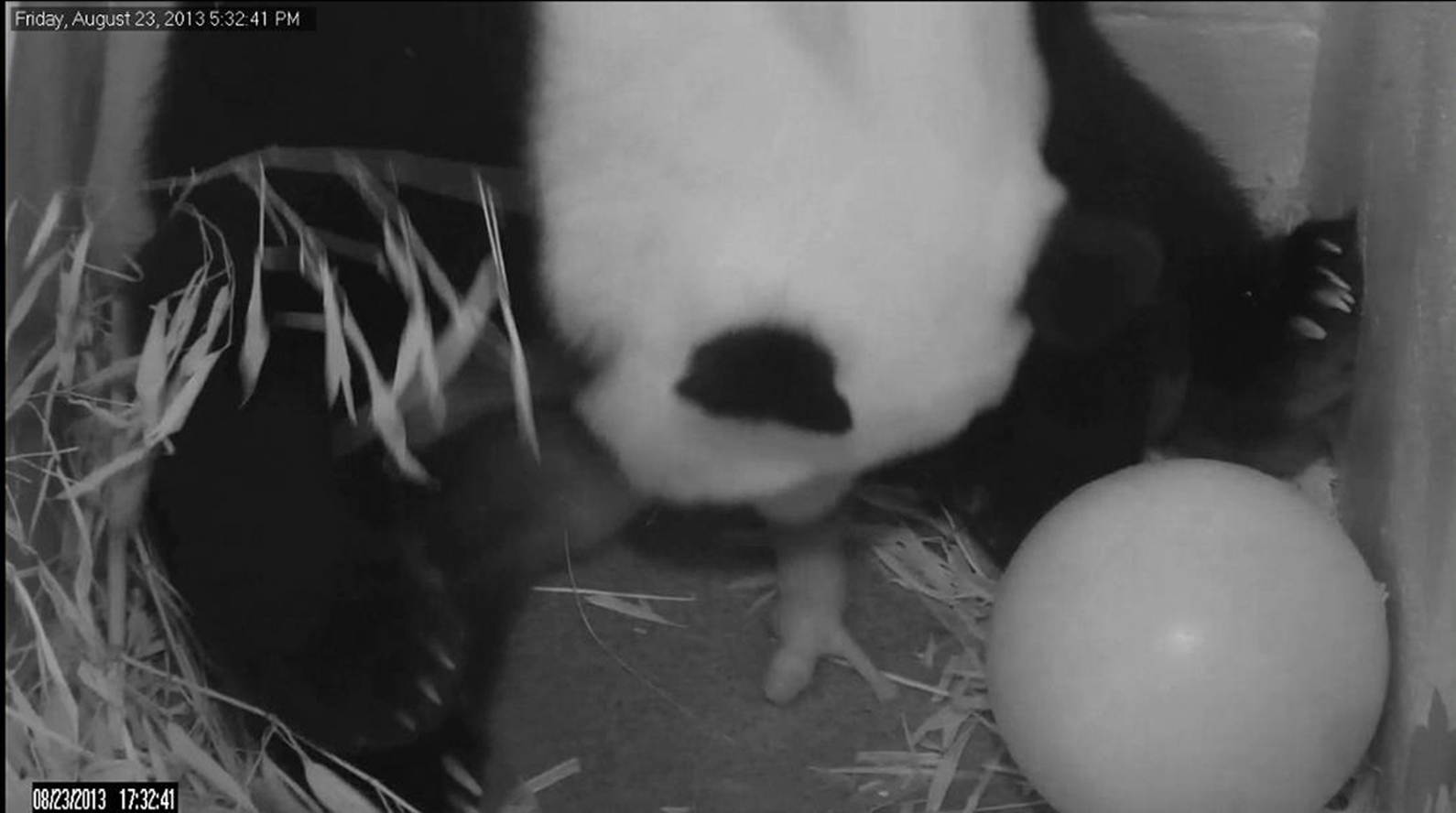 WASHINGTON Fans of a giant panda at Washington's National Zoo buzzed with excitement on social media sites after the panda gave birth Friday to her third cub.

The zoo said Mei Xiang gave birth at 5:32 p.m. Friday, two hours after her water broke. Zoo officials said the panda team heard the cub vocalize and that the mother picked up the cub immediately and began cradling and caring for it.

"I'm glued to the new panda cams and thrilled to hear the squeals, which appear healthy, of our newborn cub," said Dennis Kelly, director of the National Zoo.

Fans of the 15-year-old panda who had been tracking her suspected pregnancy on a Giant Panda Cam flocked to the live feed.

With the zoo heralding the cub's birth on Twitter, the pandas' excited fans responded in kind. Congratulations poured in under the hashtag "cubwatch," including hopes that this year's cub would survive. "Last year was so heartbreaking," as one person tweeted, while another said, "Good luck, little Butterstick 2 !!!"

Zoo keepers and veterinarians will examine the cub within the next 48 hours. The panda team will perform health checks every few days. Its gender was not immediately known.

Mei Xiang is expected to spend almost all of her time in her den for the next two weeks with her new cub.

The zoo has been on round-the-clock panda watch since Aug. 7, when Mei Xiang began showing behavioral changes consistent with a pregnancy or pseudo-pregnancy.

A Chinese panda expert performed artificial inseminations on Mei Xiang on March 30 after she failed to breed naturally with male panda Tian Tian.

Zookeepers had not been certain that Mei Xiang was pregnant, because she refused to cooperate with attempts to perform an ultrasound.

Mei Xiang had previously given birth to two cubs. Tai Shan was born in 2005 and a week-old cub died last September.

Panda cubs are especially delicate and vulnerable to infection and other illness. They are about the size of a stick of butter at birth. The first weeks of life are critical for the cubs as mothers have to make sure they stay warm and get enough to eat.

The David M. Rubenstein Family Giant Panda Habitat, which has been closed to the public since Aug. 2, will remain closed to provide quiet time for Mei Xiang and her cub.