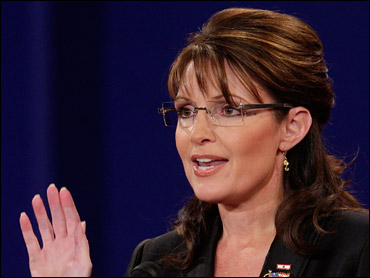 This column was written by John J. Pitney Jr.

'The moral elements," Clausewitz wrote, "are among the most important in war." He was talking about such things as morale, confidence, and devotion to a cause. With a moral advantage, an outnumbered force may win a surprise victory. Without it, well-equipped legions may go down to defeat.

That's the significance of Sarah Palin's debate performance. After all the lousy news of recent weeks, Republicans were starting to get gloomy. Mostly because of financial turmoil, Barack Obama's lead in the polls edged upward. John McCain's "suspension" of his campaign failed to have the desired effect, and his position on the Paulson plan put him at odds with many Republicans. Palin herself contributed to the gloom by giving awkward interviews on television.

On the morning of the debate, NBC's Chuck Todd came close to declaring the race to be over: "All the trend lines are pointing in Obama's direction. . . . [Pointing to a series of battleground-state polls] This should really scare the McCain campaign. This thing - it's at a tipping point." There was speculation that a poor Palin performance could decisively tip the election to Obama. Her supporters held their breath.

A few minutes after she walked onto the stage, they could exhale. They were watching the poised and feisty Palin of the Republican convention, not the hesitant Palin of the Gibson and Couric shows. The election wasn't over yet.

She bolstered Republican morale in other ways, too. In politics as in war, you have to rally the troops against an opponent. You also have to pick the right target. Focusing her fire on Joe Biden would not have helped much, since most Republicans don't have strong feelings about him. Instead, she went after the One. During the debate, she nodded to Biden while throwing verbal daggers at Obama: