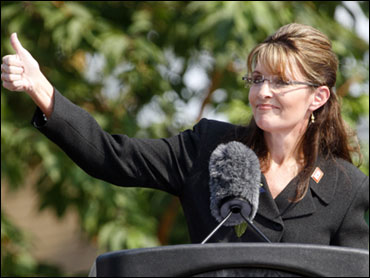 (AP Photo )
Sarah Palin is fighting back against attacks over a statement she made last weekend where she said Democrats' health care plans include "death panels."

The claim has been widely debunked as a myth by the media, but last night the former Alaska governor and Republican vice presidential nominee sought to explain and defend her original remarks.

In her new statement released on Facebook, Palin accused President Obama of making "light" of her concerns during a town hall meeting in New Hampshire on Tuesday. Mr. Obama called such panels a "rumor" and said that the provision that has been talked about within the House bill (Section 1233, which is titled "Advance Care Planning Consultation") would allow Medicare to pay for consultations with doctors about end-of-life care, but would not require them.

Palin responded by saying that the president is being "misleading."

"With all due respect, it's misleading for the President to describe this section as an entirely voluntary provision that simply increases the information offered to Medicare recipients," she said in the post. "The issue is the context in which that information is provided and the coercive effect these consultations will have in that context."

Palin argues that peopled would be pressured by their doctors to have these consultations, and that they would also be encouraged to undergo cheaper alternatives in end-of-life care. Democrats deny those charges.

"Section 1233 authorizes advanced care planning consultations for senior citizens on Medicare every five years, and more often "if there is a significant change in the health condition of the individual ... or upon admission to a skilled nursing facility, a long-term care facility... or a hospice program." [3] During those consultations, practitioners must explain "the continuum of end-of-life services and supports available, including palliative care and hospice," and the government benefits available to pay for such services.

Now put this in context. These consultations are authorized whenever a Medicare recipient's health changes significantly or when they enter a nursing home, and they are part of a bill whose stated purpose is "to reduce the growth in health care spending." Is it any wonder that senior citizens might view such consultations as attempts to convince them to help reduce health care costs by accepting minimal end-of-life care? As Charles Lane notes in the Washington Post, Section 1233 "addresses compassionate goals in disconcerting proximity to fiscal ones.... If it's all about alleviating suffering, emotional or physical, what's it doing in a measure to "bend the curve" on health-care costs?" 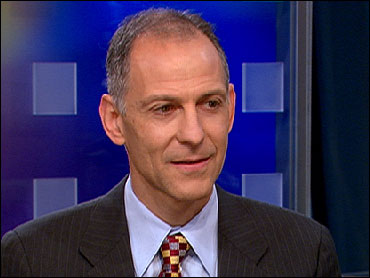 (CBS)
Dr. Emanuel is the brother of Rahm Emanuel, Mr. Obama's chief of staff, and a health policy adviser to the president. Palin said that her original statement where she referenced "death panels," concerned statements he made. Previously, Palin spokeswoman Meghan Stapleton told ABC News in an e-mail that the "death panels" claim came from the "Advance Care Planning Consultation" provision of the House health care bill.

Palin writes: "Dr. Emanuel has written that some medical services should not be guaranteed to those 'who are irreversibly prevented from being or becoming participating citizens....An obvious example is not guaranteeing health services to patients with dementia.' Dr. Emanuel has also advocated basing medical decisions on a system which 'produces a priority curve on which individuals aged between roughly 15 and 40 years get the most chance, whereas the youngest and oldest people get chances that are attenuated.'"

The quotes Palin cites come from an article Dr. Emanuel wrote in 1996 and one he co-wrote earlier this year. For his part, Emanuel said the quotes were taken out of context in interviews with the Wall Street Journal and Time Magazine.

"For 25 years, I've been a researcher, one of the first to go into the field of end-of-life care with the goal of improving it," Emanuel told the Journal. "It's a perversion of everything I've done to take one or two quotes completely out of context, without any of the qualifiers I've added, and distort them."

Meanwhile, the Democratic Congressman who wrote the now-famous provision in the House health care bill is also fighting back against the charges from Palin and others.

The Associated Press reports that Rep. Earl Blumenauer of Oregon said "the measure he supports would merely allow Medicare to pay doctors for voluntary counseling sessions that address end-of-life issues. Topics include living wills, designating a close relative or a trusted friend as a health care proxy and information about pain medications for chronic discomfort."

As for references to "death panels," Blumenauer said: "It's a blatant lie, and everybody who has checked it agrees."

Some Republicans are on record to dispel the rumors as well.

"Quite honestly, I'm so offended at that terminology, because it absolutely isn't" in the bill, Alaska Republican Sen. Lisa Murkowski said, according to the AP. "There is no reason to gin up fear in the American public by saying things that are not included in the bill."

And Republican Sen. Johnny Isakson of Georgia, who has called for similar legislation in the Senate but has also distanced himself from the House wording, has also said it was "nuts" to think the provision leads to euthanasia.

The White House has also gone on the offensive again today, with an e-mail to supporters from White House senior Adviser David Axelrod that is designed to go viral. In the e-mail, Axelrod says, "It's a malicious myth that reform would encourage or even require euthanasia for seniors. For seniors who want to consult with their family and physicians about end-of life decisions, reform will help to cover these voluntary, private consultations for those who want help with these personal and difficult family decisions."