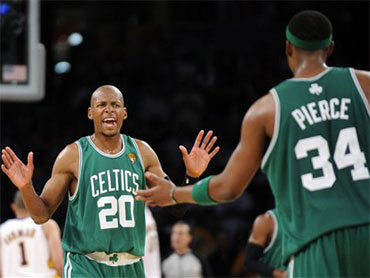 Palestinian officials scheduled presidential elections for Jan. 9, 2005, pushing forward with steps to a secure a new leader following the death of Yasser Arafat.

The vote, announced by caretaker Palestinian leader Rauhi Fattouh, is a key test for the Palestinians, who want a smooth transition of power and hope for renewed international involvement in Mideast peacemaking.

Arafat, who died Thursday of an unclear cause, led the Palestinians for four decades and refused to appoint a successor.

France's health minister said Sunday there was no reason to suspect Yasser Arafat was poisoned because French legal authorities would have intervened if medical tests had pointed to wrongdoing.

The French health minister's comments came after the Palestinian envoy to France, Leila Shahid, told French radio she felt Israel could have poisoned Arafat, adding she had no proof.

Candidates will be allowed to submit their papers for the ballot for 12 days, beginning on Nov. 20. The campaigning period will last from Dec. 27 until Jan. 8, Fattouh said.

By law, elections are to be held within 60 days of Arafat's death. In the meantime, Fattouh has been sworn in as the temporary president of the Palestinian Authority, which governs Palestinians in the West Bank and Gaza Strip.

Palestinian Cabinet Minister Saeb Erekat said he hoped for international pressure on the Israelis to secure a free and fair vote.

"We call upon the international community to help us get the Israeli tanks and soldiers outside our populated areas in order to return the situation to that which existed," before the current round of Israeli-Palestinian fighting broke out in September 2000, he said.

In a continued effort to promote unity, Palestine Liberation Organization chief Mahmoud Abbas traveled to the Gaza Strip on Sunday to greet mourners and meet with rival Palestinian factions, including the militant Hamas and Islamic Jihad groups.

Abbas is widely expected to run in the presidential elections.

One point of dispute has already emerged concerning the elections: whether Arab residents in east Jerusalem should be able to take part. Some Israelis fear that allowing the city's 228,000 Arab residents to vote in a such a ballot would strengthen Palestinian claims to the city.

Israeli Prime Minister Ariel Sharon told his Cabinet on Sunday that he won't rule out the possibility of allowing Palestinians living in east Jerusalem to vote, meeting participants said. Several months ago, Israeli police raided voter registration stations in the area, preventing most residents from registering.

Israel captured east Jerusalem, home to holy sites of Jews, Muslims and Christians, in the 1967 Mideast war and considers the entire city its capital. The Palestinians want east Jerusalem to be the capital of a future independent state.

Other senior officials, including Foreign Minister Silvan Shalom and Education Minister Limor Livnat, said they oppose allowing east Jerusalem Palestinians to vote. The Cabinet made no decision on the matter, and officials said the issue would be discussed further.

U.S. Embassy spokesman Paul Patin said Washington would like Israel to help ensure that the Palestinian elections go smoothly. Patin declined to say whether the United States is pressuring Israel on the east Jerusalem issue.

The Palestinians are trying to rally international pressure on Israel to ease conditions ahead of the vote, both on the east Jerusalem matter and the large Israeli military presence in the West Bank. Israel has dozens of checkpoints, restricting Palestinian movement, and its army frequently conducts operations aimed at militants.

"Israelis have begun obstructing and putting obstacles in the way of free and fair elections," said Cabinet minister Erekat. "We urge President Bush not to allow the Israelis to obstruct these elections."

Signaling what could be the start of a spirited campaign, Marwan Barghouti, a leader of the Palestinian uprising who is jailed by Israel, plans to run in upcoming presidential elections, a person close to Barghouti said Saturday.

The candidacy of Barghouti, who supports violence but says he wants peace with Israel, could lubricate the calcified world of Palestinian politics.

Barghouti is perhaps the strongest candidate to oust Arafat's old guard of supporters and many believe him to be the only leader capable of unifying squabbling Palestinian factions.

Israel is determined not to release Barghouti, who is serving multiple life terms for his role in the killings of four Israelis and a Greek monk. But his prominence could put pressure on Israel to free him.

Erekat said the Fatah candidate will likely be chosen by the movement's small central committee and not in a primary.

The committee would likely nominate Abbas, 69, an old guard politician who has taken over Arafat's role as head of the PLO. During a PLO executive committee meeting Sunday, participants said no decisions were made on a presidential candidate.

It is far from certain whether Abbas could defeat a Hamas candidate. Many Palestinians see Abbas' generation of politicians, many of whom spent decades in exile, as a corrupt clique with little connection to the Palestinian masses.