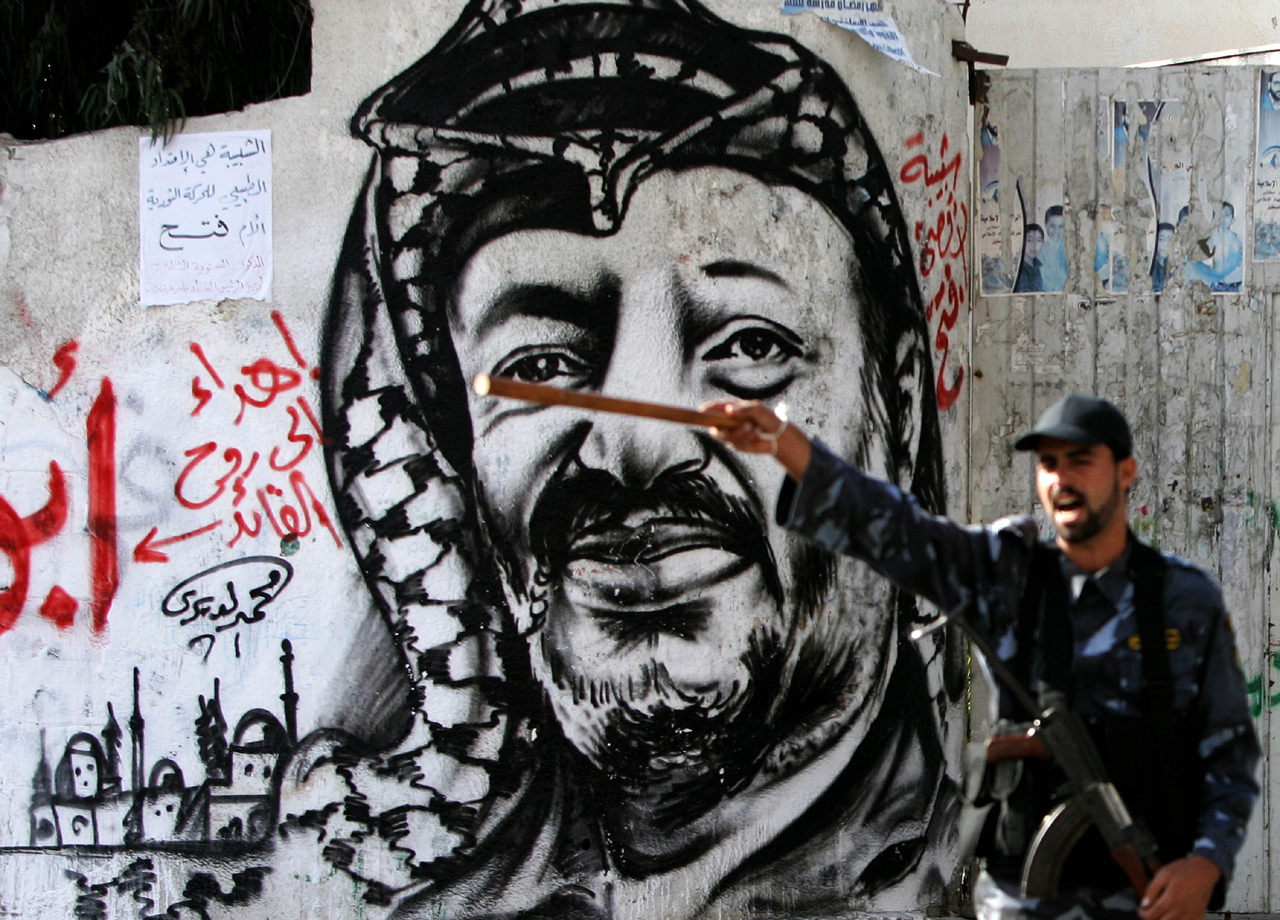 (AP) RAMALLAH, West Bank - Yasser Arafat's body may be exhumed to allow for more testing of the causes of his death, the Palestinian president said Wednesday, after a Swiss lab said it found elevated levels of a radioactive isotope in belongings the Palestinian leader is said to have used in his final days.

Arafat's widow, Suha, called for an autopsy in the wake of the lab's findings, first reported by the Arab satellite TV station Al-Jazeera. In an interview with the station, she did not explain why she waited nearly eight years to have the belongings, including a toothbrush and a fur hat, tested. At the time of his death, she refused to agree to an autopsy.

The Palestinian leader died at a military hospital outside Paris in November 2004 of what French doctors called a massive brain hemorrhage — weeks after he fell violently ill at his West Bank compound.

Doctors, including independent experts who reviewed his medical records on behalf of The Associated Press, have been unable to pinpoint the underlying cause of the hemorrhage. Speculation has lingered in the Arab world that he was killed by Israel, which viewed him as an obstacle to a peace treaty. Israeli officials have vociferously denied any foul play.

Francois Bochud, who heads the Institute of Radiation Physics in Lausanne, Switzerland, told The Associated Press on Wednesday that his lab examined belongings that Arafat's widow said were used by Arafat in his final days, as well as others that he hadn't worn. Suha Arafat said the belongings were put in a secure room at her attorney's office in Paris after Arafat's death and stayed there until Al-Jazeera approached the lab on her behalf at the beginning of this year, he added.

This would not necessarily mean Arafat was poisoned, Bochud said, adding that it is not possible to say where the polonium might have come from. "What is possible to say is that we have an unexplained level of polonium, so this clearly goes toward the hypothesis of a poisoning, but our results are clearly not a proof of any poisoning," Bochud said by telephone from Switzerland.

Polonium is best known for causing the death of Alexander Litvinenko, a one-time KGB agent turned critic of the Russian government, in London in 2006. Litvinenko ingested tea laced with the substance.

In a statement issued by his office, Palestinian President Mahmoud Abbas said he is willing to cooperate with further testing, provided Arafat's family agrees.

"The Palestinian Authority was and remains fully prepared to cooperate and to provide all the facilities needed to reveal the real causes that led to the death of the late president," the statement said. "There are no religious or political reasons that preclude research on this issue, including an examination of the late president by a reliable national medical body, upon request and approval by his family."

The top Muslim cleric in the Palestinian territories, Mufti Mohammed Hussein, said there would be no objections on religious grounds to an autopsy.

With Mrs. Arafat and religious authorities in agreement, it was unclear what other steps were needed for the body to be exhumed from his grave in the West Bank town of Ramallah.

At the time of his death, Arafat was confined by Israel in the Ramallah government compound. The United States and Israel viewed Arafat as largely responsible for the outbreak of the second Palestinian uprising.

In a radio interview, Dov Weisglass, the chief of staff of Israel's then-Prime Minister Ariel Sharon, brushed off the Al-Jazeera report. He said Israeli officials never considered killing Arafat. He said Sharon opposed killing Arafat because "he didn't think his physical extermination would help. On the contrary."

Israeli foreign ministry spokesman Yigal Palmor was dismissive of the latest development, saying "the circumstances of Arafat's death are not a mystery ... He was treated in France, in a French hospital by French doctors and they have all the medical information."