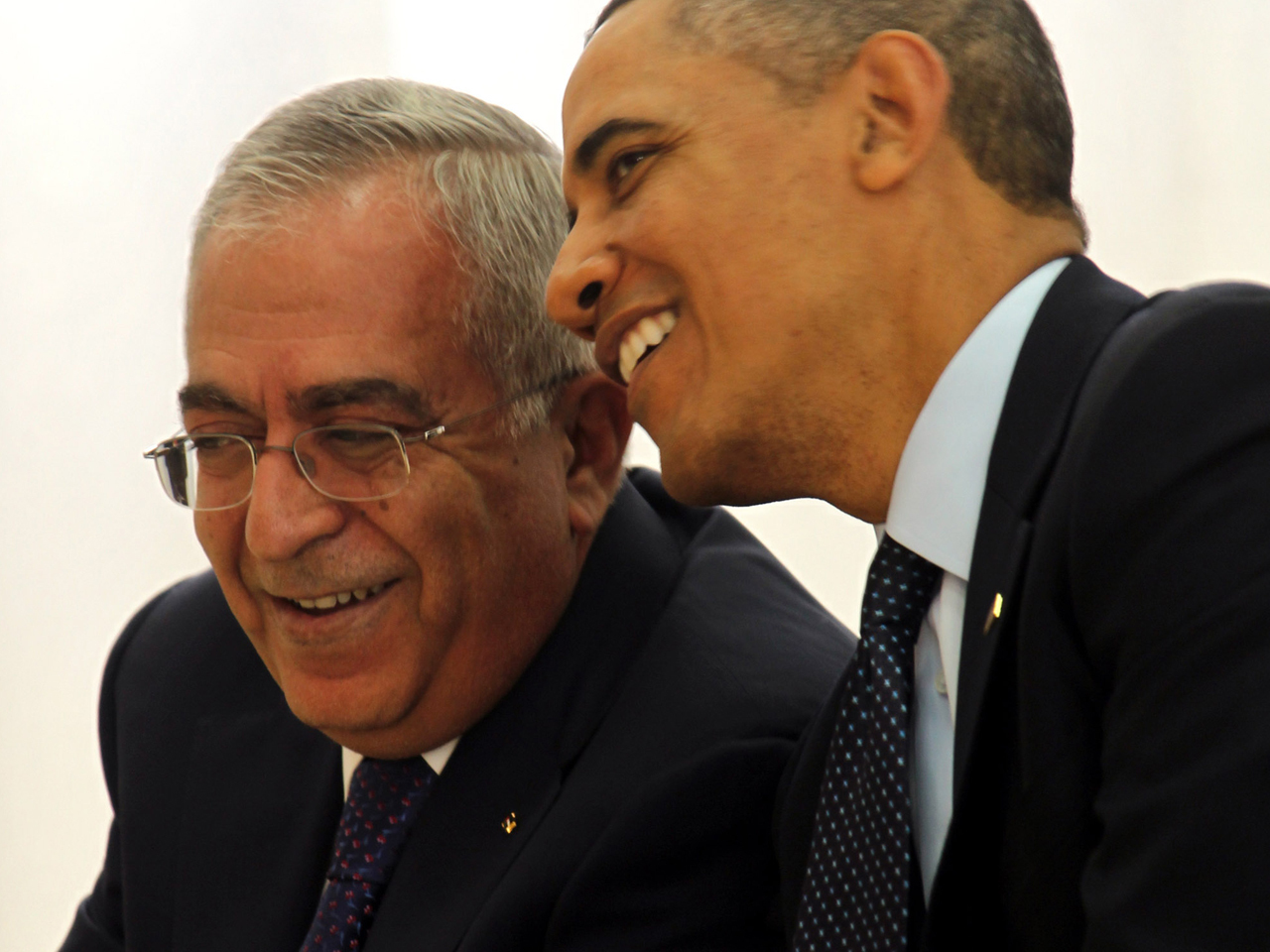 RAMALLAH, West Bank Palestinian Prime Minister Salam Fayyad has offered to resign because of an increasingly bitter dispute with President Mahmoud Abbas over the extent of his authority, officials said Thursday.

Abbas has not responded to Fayyad, who enjoys the support of the international community, particularly the United States.

It's not clear if Abbas, who is expected back in the West Bank on Thursday from a trip to Qatar, will accept Fayyad's resignation at a time when the U.S. is trying to revive Israeli-Palestinian peace talks.

As part of that effort, U.S. Secretary of State John Kerry hopes to win Israeli approval for Palestinian economic projects in the West Bank. Fayyad, a respected economist, is considered to be key to overseeing such projects.

Fayyad has served since 2007 as prime minister of the Palestinian Authority, the self-rule government that administers 38 percent of the Israeli-controlled West Bank.

The relationship between Fayyad and Abbas has been tense for some time, and the prime minister told Abbas already late last year that he wanted to quit.

Abbas told Fayyad repeatedly to wait with such a step, but the conflict between the two escalated last month over the resignation of Fayyad's finance minister, Nabil Kassis. Fayyad accepted the resignation, but Abbas then overruled the prime minister, effectively challenging his right to hire and fire Cabinet ministers.

Fayayd told confidants in recent days that he is determined to leave. The prime minister, a political independent, also complained about what he said was an attempt by leading members of Abbas' Fatah movement to undermine him.

Three officials confirmed in interviews with The Associated Press that Fayyad offered his resignation to Abbas. One said Fayyad did so in person and in a letter to Abbas in mid-February, while two said Fayyad sent such a letter through mediators to Abbas last week.

The officials, two of whom spoke on Thursday, insisted on anonymity because they were not authorized to speak to the media.

Abbas appointed Fayyad to his post after the Islamic militant Hamas seized the Gaza Strip in 2007. Since then, the West Bank and Gaza have been run by separate governments, one led by Fayyad in the West Bank and one run by Hamas in Gaza.