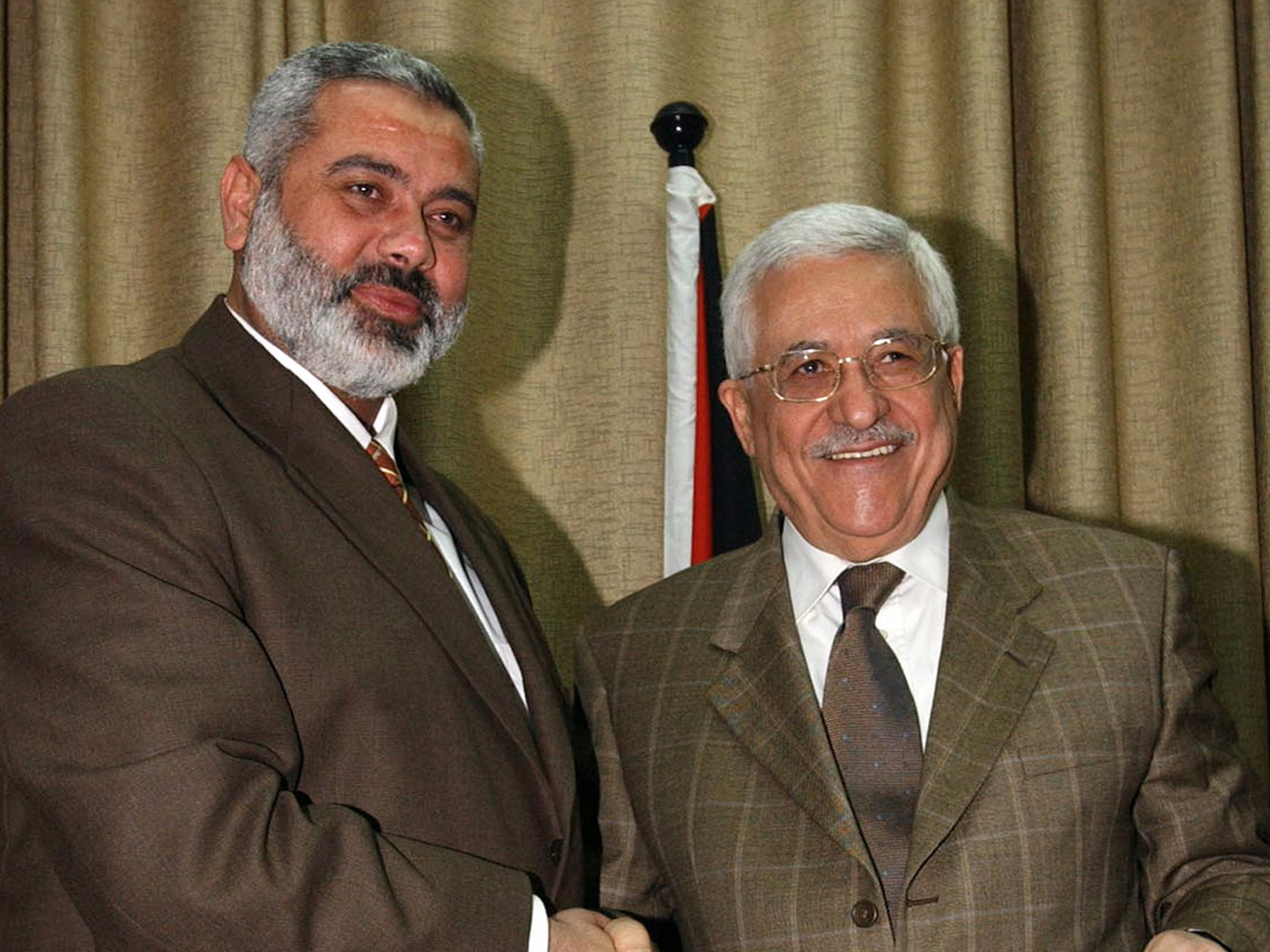 The declaration paved the way for the two groups to sign the agreement on Wednesday, then form a unity caretaker government to prepare for national elections next year.

Israeli Prime Minister Benjamin Netanyahu issued a last-minute appeal to Palestinian President Mahmoud Abbas to cancel the impending unity deal, which he called a "hard blow to the peace process."

A draft of the document, obtained Tuesday by The Associated Press, set a goal of "ending the divisions" and promises parliamentary and presidential elections within a year but left key issues like control of security forces and relations toward Israel vague.

The deal marks a major step toward ending the divisions that have left the Palestinians split between rival governments since 2007: the Islamist Hamas controls the Gaza Strip, while the Western-backed, Fatah-dominated Palestinian Authority governs the West Bank. The Palestinians hope to establish an independent state in both territories, located on opposite sides of Israel.

But reconciliation could also spell the end of hopes for peace talks with Israel, which considers Hamas a terrorist organization and says it will not negotiate with a Palestinian government that includes the Iranian-backed group.

"How is it possible to achieve peace with a government, half of which calls for the destruction of the state of Israel and even praises the arch-murderer Osama bin Laden?" Netanyahu said. He made the comments to international Mideast envoy Tony Blair and promised to make similar appeals when he heads to Britain and France this week, according to a statement from his office.

In Washington, State Department spokesman Mark Toner echoed that, denouncing the Gaza premier's criticism of the bin Laden killing. He also insisted insisting that if Hamas wants to play a role in the political process, then it needs to abide by the principles of international mediators, "which are renouncing violence and terrorism, recognizing Israel's right to exist, and abiding by previous diplomatic agreements."

Israeli-Palestinian peace talks have been stalled since an Israeli freeze on West Bank construction expired in September. Abbas has said he will renew talks only if Israel halts construction of homes on occupied lands claimed by the Palestinians.

Frustrated with U.S. inability to break the impasse, Abbas has decided to focus on internal Palestinian affairs.

The caretaker government would consist solely of apolitical technocrats, whose main task would be to prepare for elections, he said. "None of them is related to Hamas or Fatah," he said. "It will have nothing to do with political issues."

"We support the efforts in ending the division between Fatah and Hamas," Islamic Jihad spokesman Dawoud Shehab said.

Hamas won parliamentary elections in 2006 and formed a short-lived unity government with Fatah the next year. The alliance collapsed into civil war after several months, culminating with Hamas forces overrunning Gaza and expelling Fatah from the coastal territory.

Following Wednesday's signing, the factions will have to work out difficult issues, including selecting a mutually acceptable prime minister, uniting rival security forces that battled each other just four years ago, and formulating policies toward Israel.

It remains unclear how Hamas will react if Abbas tries to resume peace talks, and Abbas will be embarrassed if Palestinian militants in Gaza fire rockets into Israel.

Both Hamas and Islamic Jihad officials told the AP that they are committed to honoring an unofficial truce with Israel. Similar pledges in the past have quickly broken down in violence.