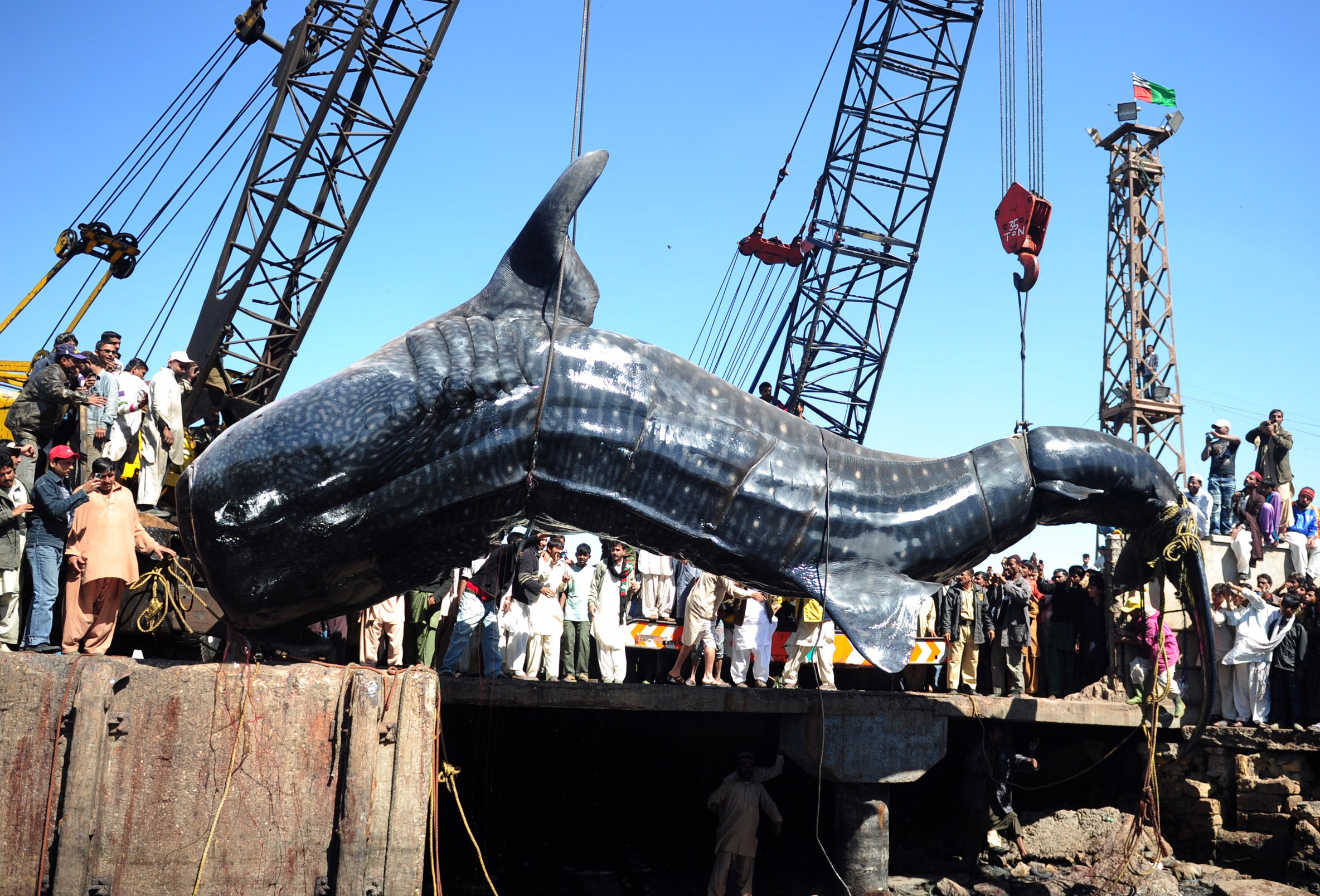 Pakistani fishermen needed at least five cranes to reel in a 40-foot-long whale shark from the waters at a harbor in the port city of Karachi on Tuesday, according to the Express Tribune newspaper.

The massive whale shark, which was said to weigh between 6 and 7 tons, was found unconscious ten days ago about 150 kilometers from shore, according to the owner of a local fishery. By the time the fish was pulled out of the water, it was dead.

According to the newspaper, fishermen initially called in two cranes to pull out the giant carcass but it took at least three more to successfully get the whale shark out of the water.

The newspaper reported it was later sold for 1.7 million Rupees, or roughly US$18,000.

The whale shark, which is the largest fish in the sea and inhabits warm waters around the world, is considered vulnerable by the International Union for Conservation of Nature. In 2008, it was added to the organization's red list of threatened species.

According to National Geographic, whale sharks may be imposing physical specimens but they are gentle fish and sometimes allow swimmers to hitch a ride. For more about the whale shark, check out the video below: