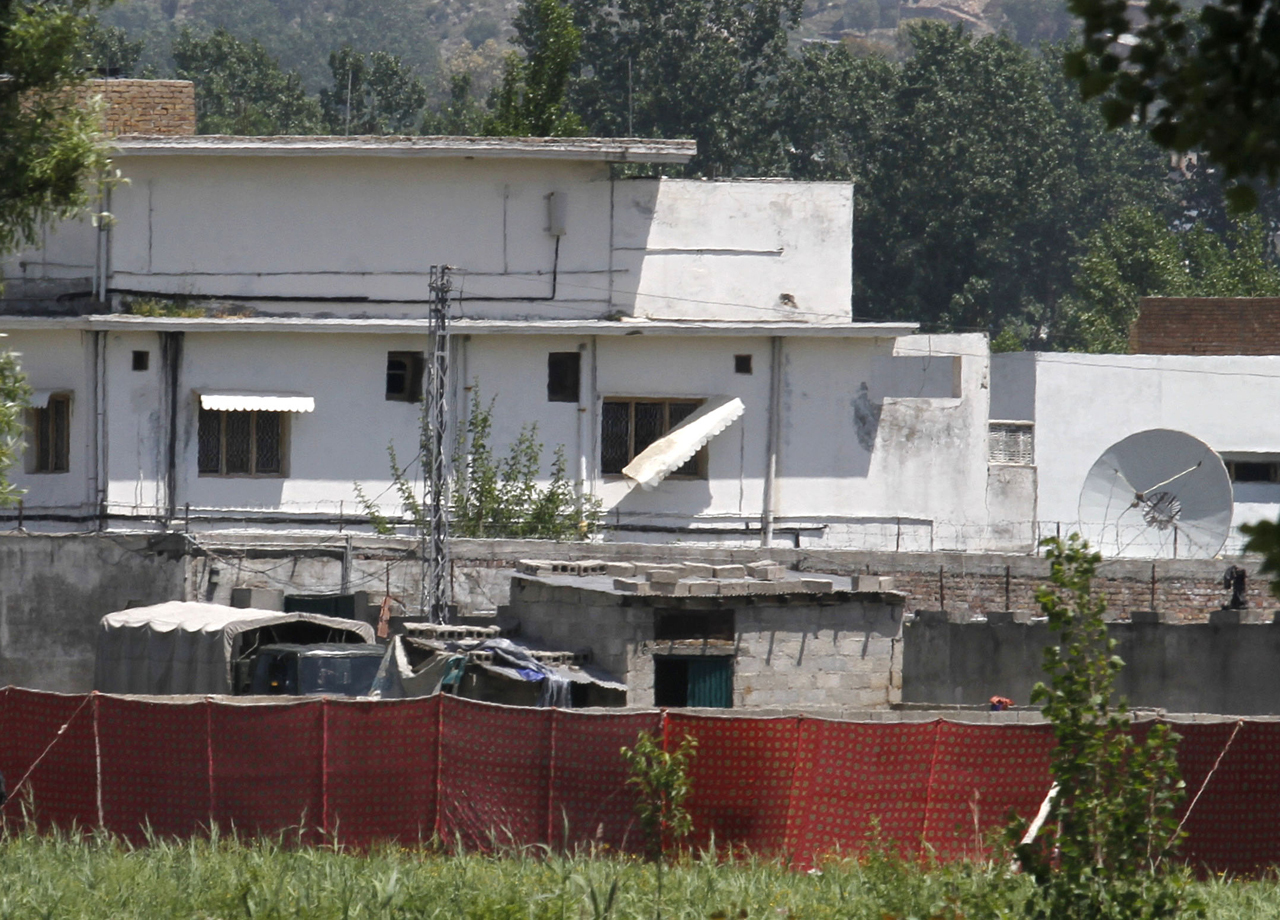 ABBOTTABAD, Pakistan - Pakistan's leader denied suggestions his country's security forces may have sheltered Osama bin Laden before he was killed by American forces, even as Britain said Tuesday it would be demanding answers from Islamabad as to how the al Qaeda chief was able to live undetected in a large house in a garrison town.

But in a nod to the complex realities of dealing with a nuclear-armed, unstable country that is crucial to success in neighboring Afghanistan, British Prime Minister David Cameroon said having "a massive row" with Islamabad over the issue would not be in Britain's interest.

Nor would it be in the interest of the United States government, as evidenced Tuesday with a joint news conference and show of solidarity in Islamabad by Pakistan's top diplomat alongside senior colleagues from both the U.S. and Afghanistan.

Asif Ali Zardari's comments in a Washington Post opinion piece Monday were Pakistan's first formal response to the suspicions by U.S. lawmakers and other critics, which could further sour relations between Islamabad and its Western backers at a key point in the war in Afghanistan.

CBS News senior foreign affairs correspondent Lara Logan reported Monday that the strained friendship between Washington and Islamabad in particular, had reached its lowest point even before the raid which left bin Laden dead.

Bin Laden was killed close to a military academy in the bustling northwestern town of Abbottabad, not in the remote Afghan border region where many had assumed he had been holed up. That was quickly taken as a sign of possible collusion with the country's powerful security establishment, which Western officials have long regarded with a measure of suspicion despite several notable al Qaeda arrests in the country since 2001.

"Some in the U.S. press have suggested that Pakistan lacked vitality in its pursuit of terrorism, or worse yet that we were disingenuous and actually protected the terrorists we claimed to be pursuing. Such baseless speculation may make exciting cable news, but it doesn't reflect fact," Zardari wrote.

Echoing his boss's sentiments at the news conference in Islamabad on Tuesday, Pakistani foreign secretary Salman Bashir said his nation "has had robust cooperation in counter-terrorism. Pakistan has sacrificed immensely in this fight against terrorism. We will not allow our soil to be used by anyone for terrorism."

U.S. special representative for Afghanistan and Pakistan Marc Grossman, standing next to Bashir, stressed the importance of Pakistan's continuing, and increasing support in fighting extremism to bring stability to neighboring Afghanistan.

"Pakistan and Afghanistan are victims of terrorism, and if we keep that in mind we will find ways to cooperate," said Grossman.

Ties between the U.S. and Pakistan were already strained amid U.S. accusations that the Pakistanis are supporting militants in Afghanistan and Pakistani anger over American drone attacks and spy activity on its soil. They came to head in late January after a CIA contractor shot and killed two Pakistan's, in what Washington said was self-defense.

U.S. Senate Armed Services Committee Chairman Carl Levin said Pakistan's intelligence and army have "got a lot of explaining to do," given that bin Laden was holed up in such a large house with surrounding buildings, the fact that its residents took the unusual step of burning their garbage and avoiding any trash collection.

"It's hard to imagine that the military or police did not have any ideas what was going on inside of that," Levin said.

Cameron, who has also made supporting Pakistan a major foreign policy commitment, echoed those concerns.

"We could go down the route of having some massive argument, massive row with Pakistan, but I assess our relationship with Pakistan and it is my very clear view that it is in out interests to work with the government and people of Pakistan to combat terrorism, combat extremism and help development in that country."

Suspicions were also aired in many Pakistan's media and on the street Tuesday.

"That house was obviously a suspicious one," said Jahangir Khan, who was buying a newspaper in Abbottabad. "Either it was a complete failure of our intelligence agencies or they were involved in this affair."

U.S. officials have said that Pakistani officials were not told about the early morning helicopter raid until the strike team had killed bin Laden had returned to Afghanistan from where they took off from, citing security reasons.

Many Pakistanis were surprised at how this was possible, especially when initial reports stated that the choppers took off from a Pakistani air base. Some were angry that the country's sovereignty had been violated — an especially sensitive issue given the unpopularity of America here.

Zardari said it "was not a joint operation" — the kind of which has been conducted in the past against lesser terror suspects in Pakistan — but that Pakistani cooperation, in a general sense, had helped lead them to bin Laden.

"A decade of cooperation and partnership between the United States and Pakistan led up to the elimination of Osama bin Laden as a continuing threat to the civilized world," he said.

President Barack Obama also said the country's anti-terror alliance had helped in the run-up to the operation, but did not thank Pakistan when he announced the death of bin Laden.

The death has raised fears of revenge attacks, both in Pakistan — which has seen hundreds of suicide attacks by al Qaeda and its allies since 2007 — and internationally. The U.S Embassy said its missions in Pakistan would remain closed to the public until further notice.