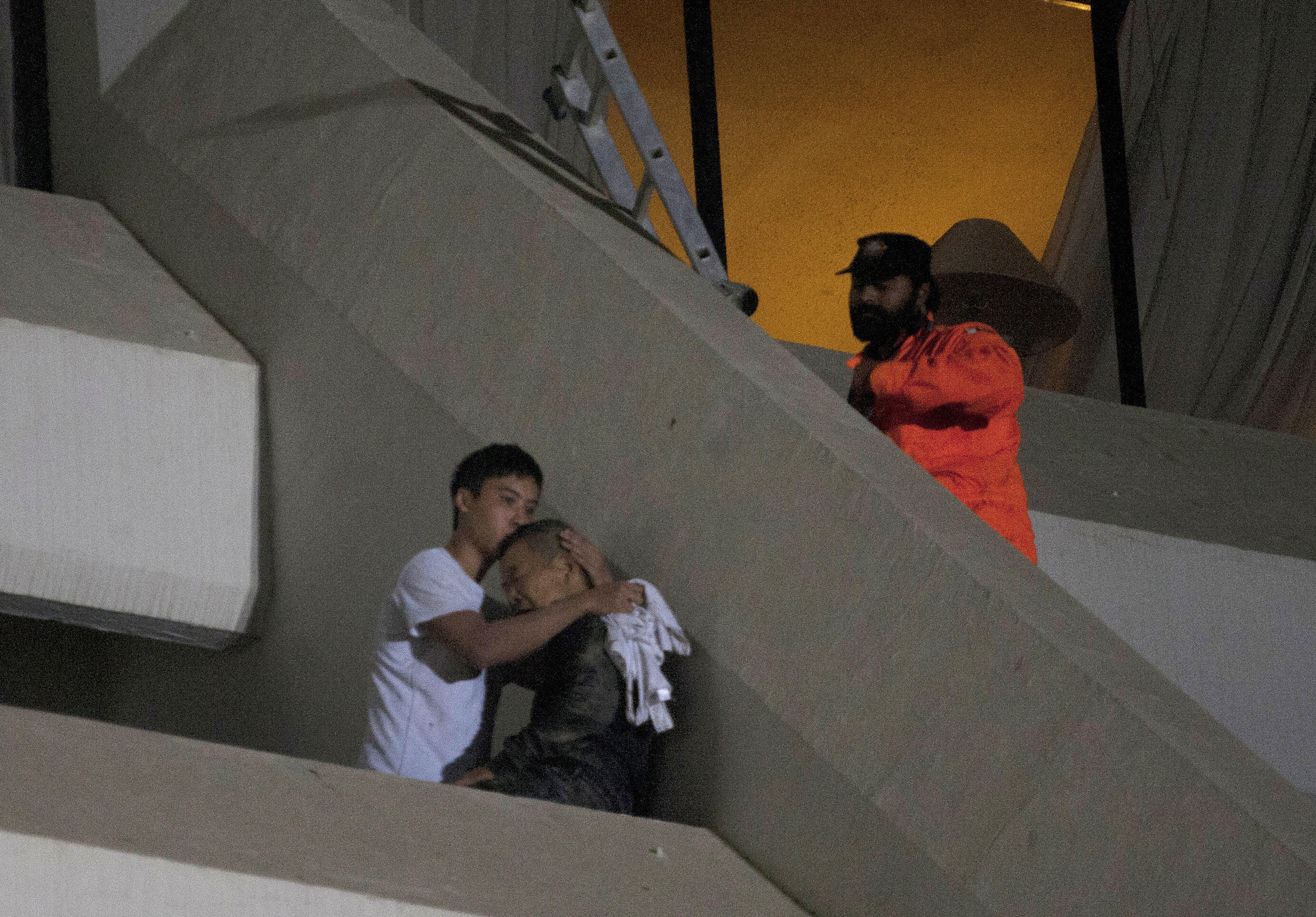 More than 70 people suffered injuries in the early morning blaze, according to reports. Police officer Tauqeer Naeem said the fire started in the hotel kitchen.

The exact cause of the fire was not yet known, he said, adding that four of the people who died were women.

Dr. Semi Jamali at Karachi’s Jinnah’s Hospital said some foreigners were among those being treated for burns. Suffocation caused more deaths, she said.

Most of Pakistan’s buildings do not meet safety standards.

TV footage of the incident showed guests at the hotel using bedsheets to climb down from windows.

“We tied the bed sheets together to make a rope, and used that to climb down from the fourth floor,” said Khalid Mehmood, one of the injured, speaking from his hospital bed. “We also had to jump mid-way, as the bed sheets weren’t long enough.”

A man standing at a balcony kept waving for help but the hotel did not have any means of reaching him, a survivor, Hamid Ali, told a local Pakistani TV channel.

He said the guests were sleeping when the fire broke out.

“Four to five hours everybody was looking helpless, crying for help and nobody was there to help them,” said another of the injured, Muhammad Saeed, under treatment at the hospital.

Several Pakistani cricket players were also staying at the hotel, and one of them broke his ankle when he jumped down, said Naeem, the police officer.