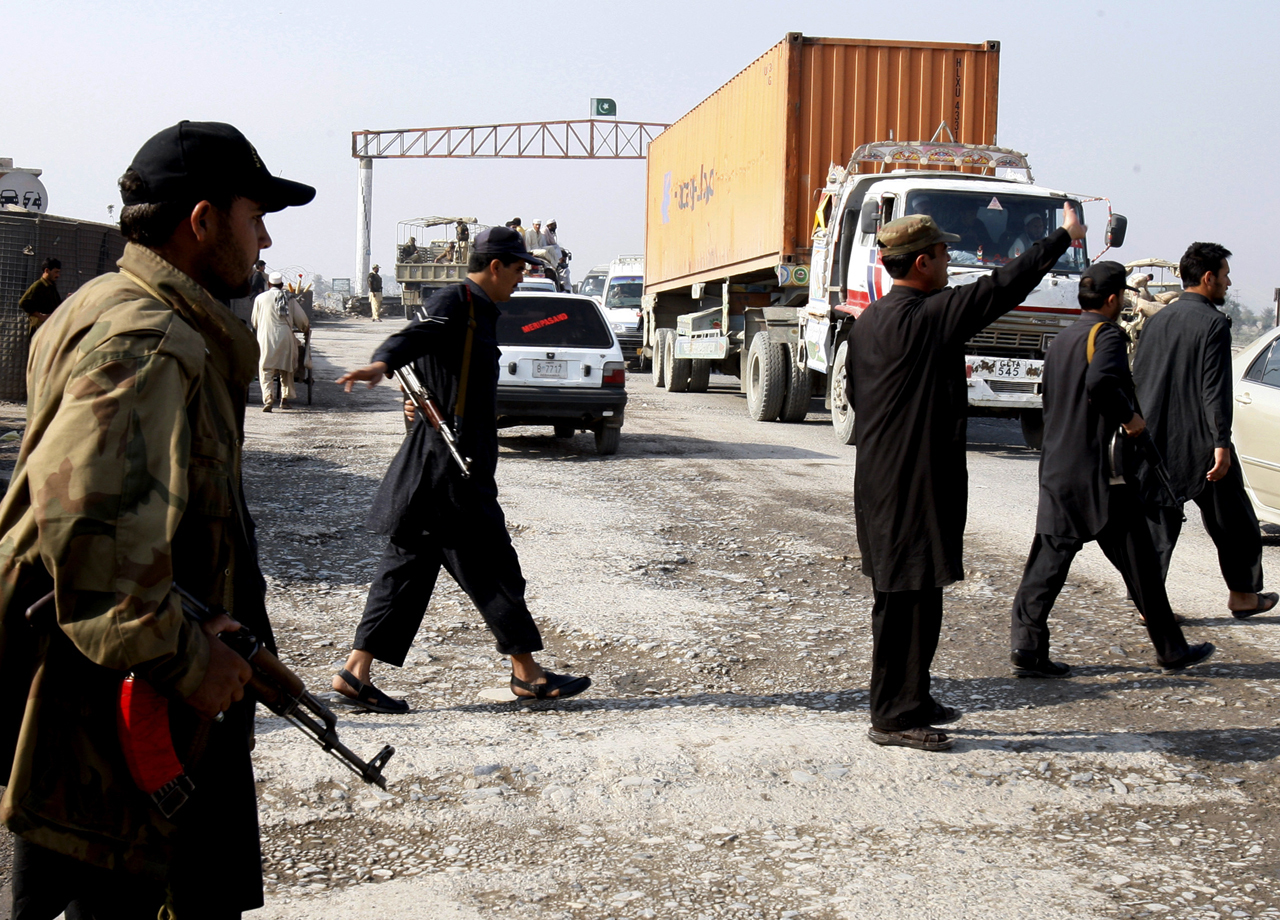 ISLAMABAD - Senior Pakistani government accused Afghanistan-based NATO helicopters of attacking a Pakistani Army post in the Mohmand agency area along the Afghan border late Friday night, killing 26 of its troops. It called the attack "unprovoked and without reason."

"This attack shows utter irresponsibility on the part of ISAF (Afghanistan based International Security Assistance Force) which will not go unanswered," a senior Pakistani government official in Islamabad told CBS News on condition of anonymity.

In response, Pakistan on Saturday halted supplies by trucks for Western troops stationed in Afghanistan.

A Western diplomat in Islamabad who also spoke to CBS News on condition of anonymity said, "We don't know the full details yet. But it's possible the attack may have mistakenly targeted Pakistani soldiers on the assumption that they were militants."

Western officials (including U.S. officials) have repeatedly urged Pakistan to tighten control along its border with Afghanistan, amid claims that Pakistan has not done enough to end the sanctuaries on its side of the border which are frequently used by Taliban militants, including those who routinely attack Western and Afghan forces in Afghanistan.

The Mohmand agency where the attack took place is among the semi-autonomous regions along the Afghan border where Pakistan has deployed up to 150,000 troops altogether for anti-Taliban security duties. The Western diplomat who spoke to CBS News on Saturday said, "We have to await the final outcome of investigations to know what happened exactly. But let's be honest: This is an accident-prone situation when you have the Taliban routinely crossing back and forth. There may have been a hot pursuit (of suspected Taliban militants)."

Pakistani officials who spoke to CBS News, however, said that fallout from the attack will make it harder for Pakistan to be seen closely cooperating with U.S.-led Western forces which are seeking to stabilize Afghanistan. Relations between Pakistan and the U.S. already are under strain since May this year when U.S. Navy SEALs tracked and killed Osama bin Laden in Pakistan's northern city of Abbottabad.

"How can anyone expect a regime in Islamabad to be giving more support to the U.S. when our soldiers are being killed in cold blood?" asked a Pakistani foreign ministry official who spoke to CBS News on Saturday, also on condition of anonymity.

Though the foreign ministry official said a permanent break in relations between Pakistan and the U.S.-led Western alliance appears to be unlikely, "There will still be demands from different segments of Pakistan to seek immediate revenge."

In light of concerns over the unreliable nature of the supply route for Afghanistan via Pakistan, Western governments have sought to build an alternative route through the former Soviet Republics of central Asia. But Pakistani officials say the route through the country - the shortest distance from any port to Afghanistan - will always remain vital especial for fuel supplies.