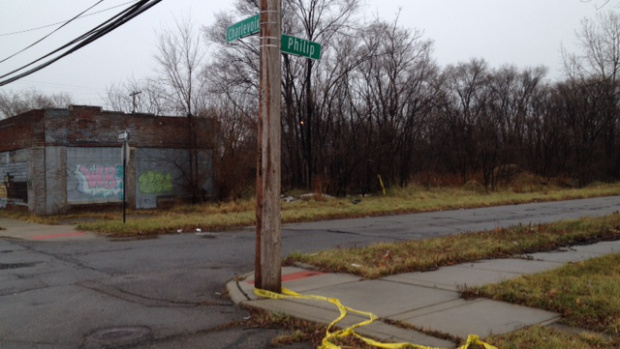 DETROIT - A man repeatedly fired a gun at a car full of suburban teens, killing a 16-year-old girl and injuring three others, Detroit police said Tuesday.

The incident occurred Monday night just a few blocks past the Detroit-Grosse Pointe Park border, and most of the five teens in the car were from the Grosse Pointe communities. According CBS Detroit, investigators believe the shooting may have resulted from a drug deal gone bad.

Police said they were getting conflicting accounts from survivors about why they were in the Detroit neighborhood. The shooting was not considered a random act of violence, Chief James Craig said.

As many as 30 shots were fired by a man who stepped out of another vehicle. The driver, 16 years old, was shot but was able to drive the car to a hospital a few miles away in Grosse Pointe, Officer Jennifer Moreno said.

Two other injured teens were also expected to survive. The girl who died, Paige Stalker, was a junior at University Liggett School in Grosse Pointe Woods, which is on Christmas break.

"We are heartbroken over the death of one of our students, and our thoughts and prayers go out to her family and friends," spokeswoman Michelle Franzen Martin said.

Police hope to get a "straight story" from the teens, Assistant Chief Steve Dolunt said.

"I just don't think that an individual would just randomly walk up to a car and fire in excess of 30 shots at four kids. Something just doesn't mesh, so we're trying to figure it out," he said.