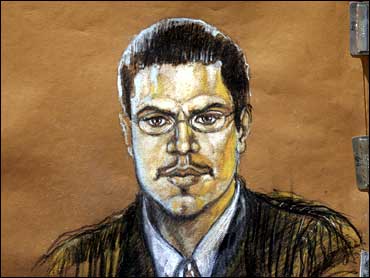 It was five years ago that an American man was arrested in Chicago and publicly accused of plotting with al Qaeda to explode a radioactive "dirty bomb" inside the United States.

Monday, the trial of Jose Padilla will finally begin with opening statements before a federal jury in Miami. But CBS chief investigative correspondent Armen Keteyian reports the words "dirty bomb" will not likely feature in the proceedings.

However, federal prosecutors will now present far less sensational conspiracy charges against the 36-year-old — attempting to convince a Miami jury that he and two co-defendants intended to "murder, kidnap and maim" people overseas.

CBS News legal analyst Andrew Cohen says: "I think the government's credibility is on trial. This is a guy they initially introduced to us as the face of terror, the dirty bomb suspect who was gonna blow up some radiological bomb, destroy people. And now he's on trial for garden-variety terrorism charges." (Read Cohen's related column)

Defense lawyers have argued Padilla's three-and-half-year internment in a South Carolina naval brig was tantamount to torture, leaving him mentally unfit to stand trial, but the trial judge rejected those arguments. What could really be on trial is the government's ability to hold terror suspects for years on end, without giving them a day in court.

"They treated him as such a high-level terror suspect that they refused to charge him for years, and they kept interrogating him, trying to think he was linked to other high-ranking al Qaeda figures," says Cohen. "We don't know necessarily if that's the case or not, but now we begin to see some of the evidence."

The government's case will focus on Padilla's alleged path to al Qaeda after his conversion to Islam; a move to Egypt in the late 1990s and eventual training in Afghanistan. Government Exhibit A: a terror camp application alleged to have his fingerprints and signature.

Padilla has never spoken publicly of his ordeal, but his mother says its time for the government to state its case.

The trial is expected to last through much of the summer. If convicted of conspiring to support terrorism, Padilla could face life in prison.