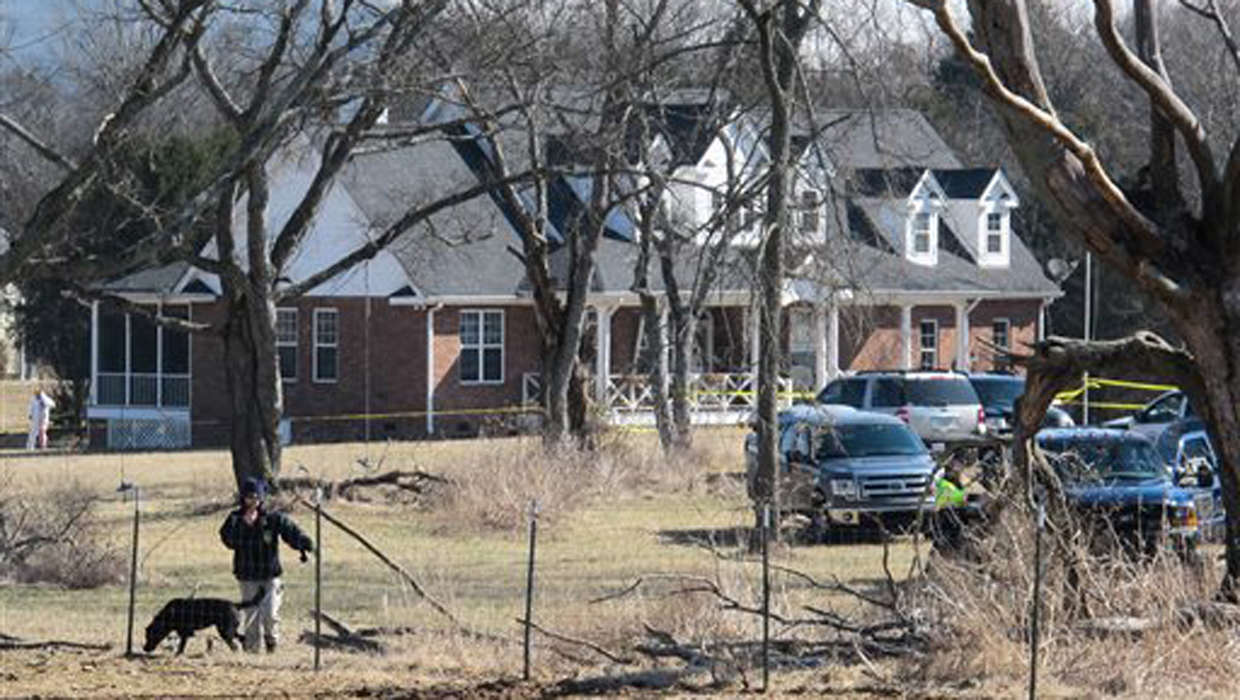 LEBANON, Tenn. - Investigators said Tuesday that a package sent to a rural Tennessee home exploded, killing a lawyer who lived there and injuring a woman.

Tennessee Bureau of Investigation (TBI) officials declined to say what kind of package was sent to the Lebanon home in Middle Tennessee.

"A package was delivered. As far as where or when, I can't give that information," TBI spokeswoman Illana Tate said.

Along with the TBI, agents from the U.S. Bureau of Alcohol, Tobacco, Firearms and Explosives were investigating at the home on a rural cul-de-sac. Crews in white hazardous materials suits were walking around the property, and official vehicles filled the yard of the red brick two-story home with white dormers on Tuesday.

"We will be here night and day trying to come to the quickest resolution to this issue as we can," Tennessee Bureau of Investigation Director Mark Gwyn said.

Bureau spokesman Michael Knight said investigators had ruled out accidental causes like a gas leak or electrical malfunction. Later, authorities confirmed it was a package. Police on Tuesday afternoon announced an $8,000 reward for information that leads to a conviction in the case.

Authorities declined to say if Jon and Marion Setzer were married. Neighbors referred to them as a couple and said they were friendly and sometimes looked after other neighbors' pets when they went out of town.

David Hughen arrived at his house about an hour after the blast on Monday, and noticed that the front and back windows of the Setzer home had been shattered.

"With the house as well-built as it was, it had to be a huge explosion," Hughen, a contractor, said of the home built four years ago. "It's just a huge mystery that a terrible thing has happened to good people."

Another neighbor, Charles Thompson, said the blast in the small neighborhood has left him shaken.

"It didn't appear that they were the kind of people this would happen to," Thompson said. "It's very scary."

Officials - some with dogs - continued to search for evidence late into the evening Tuesday.

"This horrific tragedy has left the members of the church and all who know them in disbelief and profound sorrow," Ripski said. "Our prayers continue for their children and grandchildren.