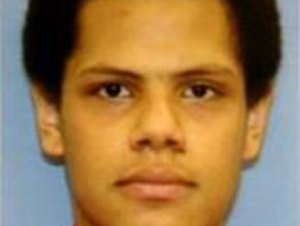 PITTSBURGH - An 85-year-old nun testified Thursday that she thought she was going to die as she was being attacked, beaten and sexually assaulted earlier this month in Pennsylvania, reports CBS Pittsburgh.

The woman took the stand wearing a bandage around her head and a sling to hold her dislocated jaw. A cross hung around her neck.

She told the court she was on her way to 11:30 a.m. Mass at St. Titus Parish in Aliquippa in Beaver County when she stopped at a recycling bin. She said she saw a smiling young man, later identified by police as 18-year-old Andrew Bullock, who asked if he could help her.

She testified she told the young man, “Thank you very much, that’s kind of you.” But minutes later, the victim testified, “I knew I was in trouble.”

“Obviously, this is a horrific case,” said Beaver County Assistant District Attorney Jennifer Popovich, according to the station. “Religious, as well as the elderly are populations you never think this type of crime will come to.”

The alleged victim told the court the teen “socked” her in the jaw.

“I couldn’t scream anymore. I thought I’m going to die. He’s screaming at me, squeezing my jaw,” she testified.

She described for the court how she was sexually assaulted. Shortly after, she said, she blacked out.

“She’s a very strong woman,” Popovich said of the 85-year-old.

The defense reportedly acknowledged that Bullock told police he hit the victim, but argued there was no evidence that he was the person responsible for the sexual assault.

The alleged victim did not identify who was responsible for her attack, according to the station.

“We, as the defense, understand the emotional impact,” said Ron Rojos, Bullock’s attorney. “We think that some of the facts that were reported previously in this case did not or were not established in the hearing specifically today, particularly with regard to the identification or lack thereof of my client.”