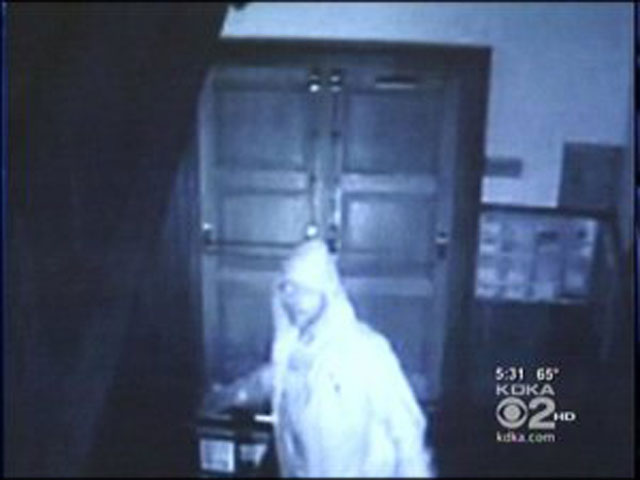 (CBS/KDKA) GREENSBURG, PA - A church in Pennsylvania is dealing with its third break-in in less than two years.

Around 10:30 p.m. Friday, a man slipped in through a ground floor window of the LifeSpring Christian Church in Greensburg, about 30 miles southwest of Pittsburgh, reports CBS affiliate KDKA.

The suspect reportedly ransacked the building, taking a small amount of money and some valuable electronics. Although the thief took only $3,500 in valuables, KDKA reports, he caused a good deal of damage.

A surveillance camera near the exit captured an image of the apparent suspect, who looks to have a beard and a heavier build.

Back in July another church in Greensburg was also robbed. No arrest was made after the burglary of the First Presbyterian Church, but police say the circumstances are similar.

"We don't know if it's linked or not, but we're looking into that also," Greensburg Police Capt. George Seranko said, KDKA reports.

Pastor Dale Adams reportedly said the break-in is a sad sign of the times.

"Church used to be a safe place - you never used to hear of churches being robbed or broke into - but it's not that way anymore."