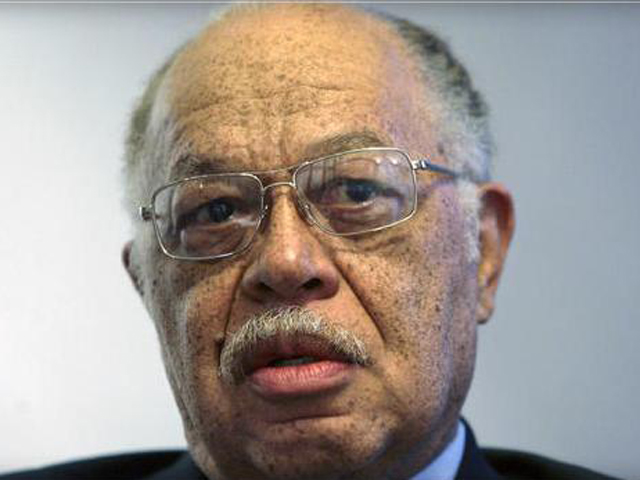 PHILADELPHIA - Dr. Kermit Gosnell, a Philadelphia doctor already serving life in prison for performing rogue abortions, has been sentenced to a concurrent 30 years for illegally distributing painkillers, including many later sold on the street by addicts and drug dealers.

Gosnell, 72, was sentenced to life term without parole for killing three babies born alive during illegal abortions. That investigation grew out of complaints he ran a lucrative "pill mill" at his West Philadelphia clinic.

Gosnell pleaded guilty in July, after the murder trial, to charges that he illegally distributed what prosecutors called a "staggering" amount of OxyContin and other painkillers, amounting to hundreds of thousands of pills.

Gosnell took time to write 18 prescriptions the night a Virginia woman lay dying from a botched abortion, Natali said. The 41-year-old woman died of an overdose of anesthesia and pain medications administered by his untrained staff. Gosnell was convicted of involuntary manslaughter in her 2009 death.

He was also accused of maiming other patients who streamed into his corner clinic, many of them low-income women, teens and immigrants.

U.S. District Judge Cynthia M. Rufe praised the work of federal drug investigators who raided the site one night in 2010, hoping to find it closed. Instead, they stumbled upon dazed patients writhing in pain, aborted fetuses stored in staff refrigerators, and other disturbing evidence.

If not for their careful work, "the additional crimes involving the (murder) charges, and the harm to individuals that occurred there, would not have been known for some time," Rufe said.

Gosnell offered a lengthy justification for his drug-writing practices, telling Rufe he was trying to help addicts through his novel treatment program. Gosnell had worked with neighborhood addicts since the 1960s.

"It was almost like a concierge practice, in that I would take whatever time was necessary for an individual," Gosnell explained, while admitting he sometimes went months without seeing individual patients, who nonetheless got easy refills from staff.

Rufe said he must have been motivated by money, a theory Gosnell denied. Gosnell, whose assets have been drained amid the two criminal cases and several civil lawsuits, was also fined $50,000 on Monday.

Ten clinic employees in all were convicted in the state and federal cases, including Gosnell's wife, who performed illegal abortions. Several were convicted of third-degree murder.

"This was not a doctor treating people for pain," said Natali. "He was filling prescriptions on demand, with zero oversight."