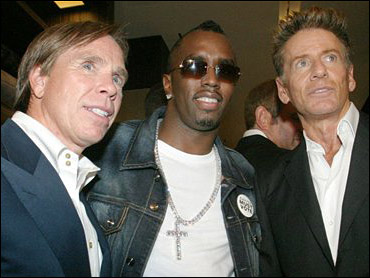 Sean "P. Diddy" Combs and Random House, Inc., have settled a lawsuit in which the publisher alleged that the hip-hop mogul never paid back a $300,000 advance for a memoir he never completed.

"The matter has been amicably resolved," according to a statement issued Tuesday by Random House. Citing a confidentiality agreement, Random House spokesman Stuart Applebaum would not say whether Combs had returned the money, but did say that the publisher would not be releasing a book by him.

In papers filed February at the state Supreme Court in Manhattan, the publisher alleged that Combs and his corporation, Bad Boy, had "simply kept the money they never rightfully earned." Random House asked for the advance's return, plus interest.

According to the court papers, Combs signed with Random House in 1998 and then arranged on his own to collaborate with Mikal Gilmore, a contributing editor to Rolling Stone and author of the acclaimed "Shot in the Heart." A manuscript was to be completed by Dec. 15, 1999, but the deadline passed and, in early 2000, Random House notified Combs that he was in breach of contract and that the publisher wanted the money back.

In 2001, Combs sued Gilmore for allegedly ditching him after accepting $325,000 to work on the book. The case was suspended later that year after Gilmore filed for bankruptcy. The case was dismissed in 2004.

Combs is not the first musician who failed to deliver his life's story. Years ago, Mick Jagger received a seven-figure advance to write his memoirs, but eventually returned the money, saying he couldn't remember anything of significance.