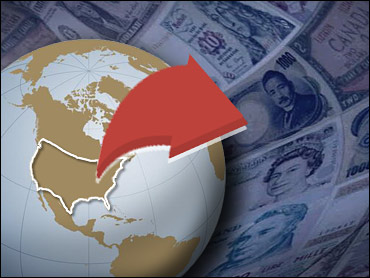 Over the last several years, we've all had to accept the reality of outsourcing and offshoring — dealing with companies who hire cheaper labor either in different parts of the country or in foreign lands. It's up to economists, labor experts, and human rights specialists to debate the merits of outsourcing. But it's in the scope of my job to cry out when outsourcing has gone just a little wacky. The editor and publisher of a Web site devoted to the local news of Pasadena, Calif., has hired journalists in India to write news stories about Pasadena. Wacky enough for you?

James Macpherson of Pasadena has hired two reporters in India to cover local news, especially the Pasadena City Council. He says he was able to hire these Indian journalists for less money than if he had hired local journalists. In other words, he got people cheaper than if he had hired reporters who would actually live in Pasadena, talk to residents, and attend the Council meetings. No kidding. If I bought a bicycle instead of a car, it would be cheaper. But they're not the same thing, Macpherson.

I'm sure the journalists he hired are qualified, but I don't think having them watch the Webcast of the city council meetings 9,000 miles away will result in the same kind of stories that reporters would write if they actually attended the meetings — or were in the same city — or at least the same time zone.

As strange as this Pasadena development is, I'm not all that surprised. It was only a matter of time before we had "virtual outsourcing."

People play chess, poker, and Scrabble online with people they've never seen. I don't get it. Part of the fun for me when I play a game is being with and talking to the people I'm playing with — seeing them curse or gloat or demand an even bigger dictionary to look up the word they just invented.

But that's not the way things are heading. Another example of virtual outsourcing is a company called "Growing Stars." They use relatively inexpensive tutors in India to help students in America with their schoolwork.

The American student comes home from school, goes online, then the tutor who is in India at his or her computer helps the kid with his work. The results might be great, but I just wonder if this is as good of an experience as one in which the tutor is actually with the kid when he makes a face at a hard math problem, or when he doodles in his notebook, "I hate homework" or "Marci's hot." And while we're on the subject of getting used to the weird world of today, one of the subjects that these Indian tutors help American kids with is English.

It's obvious that virtual outsourcing is going to get bigger and bigger in the future. If you think your doctor charges too much, maybe soon you'll be able to hire foreign doctors online. Do you really need an expensive American doctor to tell you to put heat on your sore back, to exercise more and eat less, or that if it lasts for more than four hours, you should seek immediate medical help?

Those who blame politicians for outsourcing might be able to turn the tables on them. Let's say you're unhappy with your senator, or even your president. Maybe someday, you'll be able to outsource elected officials. You'll find somebody online that you think will serve you and the country better who just happens to live in another part of the world.

Even though I see things as moving more and more into a virtual world connected by computers, I don't have to like it. I think people should have more human contact, not less. For some things, I still believe that actually being there to see and hear the people you're dealing with is better than "virtually" being there. I mean, even though it's not practical, instead of just reading my column, wouldn't you like it better if I were right there in the room with you, giving you my opinions out loud? OK, bad example. But you get what I mean.


Lloyd Garver has written for many television shows, ranging from "Sesame Street" to "Family Ties" to "Frasier." He has also read many books, some of them ghostwritten (the literary equivalent of outsourcing).