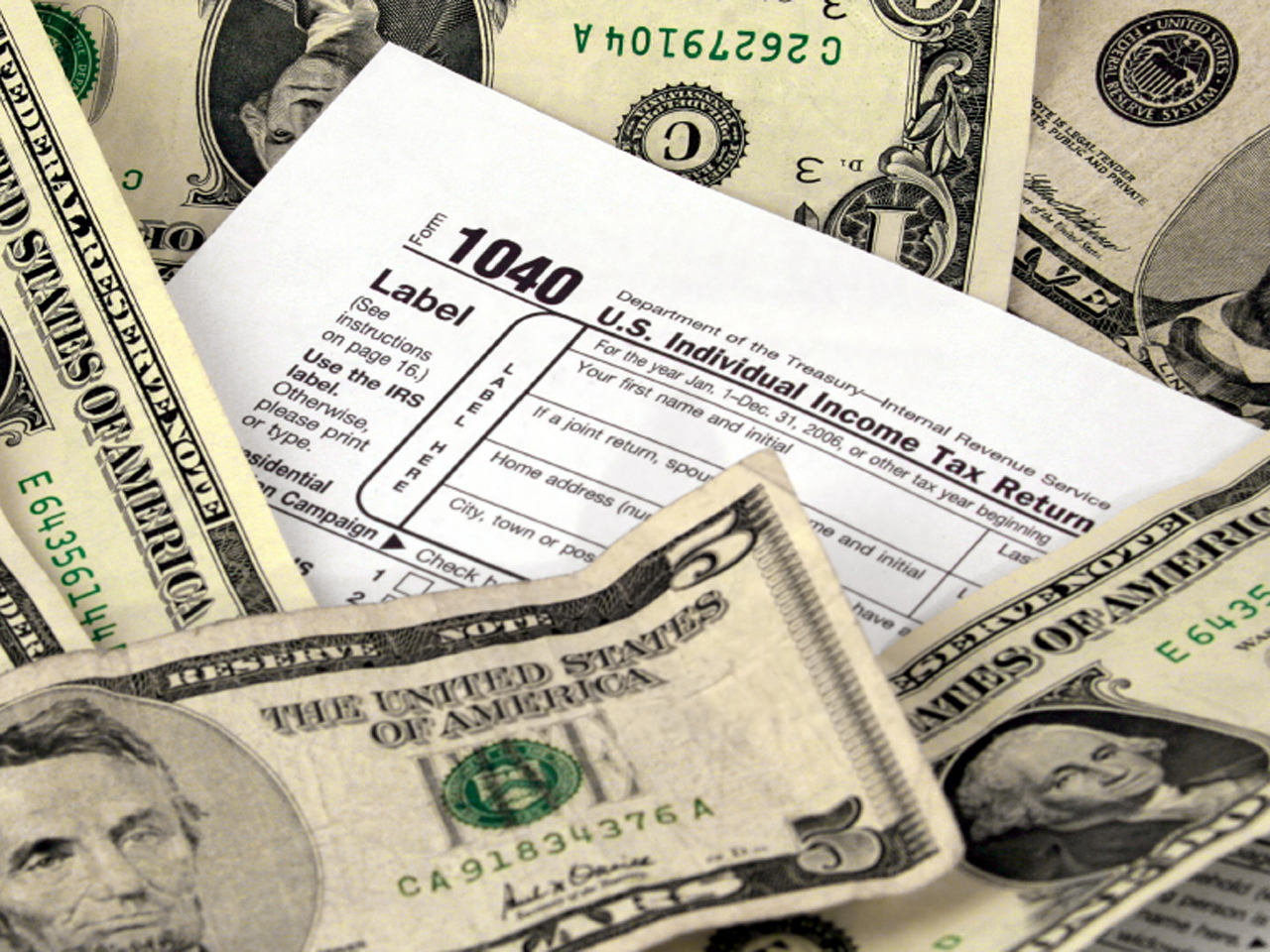 (CBS News) The battle over whether Mitt Romney should release more than two years of his tax returns may be filling a lot of airtime this campaign, but in reality it's a rerun of past presidential campaigns. And Romney's refusal to allow the world to deeply peer into his personal finances is also not a new development.

Dating back to 1980, the number of tax returns presidential candidates have released - both Republican and Democratic - has varied, often with much debate, hesitation and uproar.

President Obama's campaign continues to accuse Romney of hiding something by not releasing his taxes, feeding the theories that he houses his money in offshore bank accounts and avoids U.S. taxes through tax shelters in Bermuda and the Cayman Islands. Questions have also been raised about whether Romney has avoided paying taxes through available loopholes and exemptions.

Romney stands his ground on tax returnsNew Obama ad: Did Romney pay any in earlier years?

A look back at presidential campaigns in recent history reveals similar tax return issues have dogged the candidates, including one eventual president - Ronald Reagan - who, it turns out, avoided paying state taxes one year.

Before the Democratic primary was decided, then-Sen. Barack Obama released seven years of tax returns, pressuring his challenger to do the same in March 2008.

"Senator [Hillary] Clinton can't claim to be vetted until she allows the public the opportunity to see her finances -- particularly with respect to any investment in tax shelters," Obama spokesperson Robert Gibbs said in a statement at the time.

Republican candidate John McCain released two years of tax returns for the years of 2006 and 2007 in April 2008, less than a month after Mr. Obama. The Obama campaign was not satisfied because the candidate, who is one of the wealthiest members of Congress due to his wife's income, did not release his wife's tax returns.

In 2008, Democratic National Committee spokesman Damien LaVera criticized McCain saying, "Unless John McCain's idea of being a different kind of Republican means disrespecting the voters by denying them the right to examine the links between his political career and the McCains' business ventures, he should immediately release Cindy McCain's tax returns."

The Washington Post agreed. "Releasing tax information entails intrusion, but, as we wrote four years ago, presidential candidates and their spouses 'relinquish a significant measure of privacy. Meanwhile, tax returns provide information not contained in financial disclosure forms, such as charitable contributions and the use of tax shelters."

"This is a privacy issue. My husband is the candidate," Cindy McCain said interview with NBC's "Today Show."

However, she changed her mind in May and released a summary of her 2006 returns, which showed she made more than $6 million.

Mitt Romney has been pointing to McCain as evidence that two years of tax returns is sufficient, most recently during an interview Monday on Fox News Channel.

Democratic candidate Sen. John Kerry released 20 years of tax returns, including his 2003 returns - the year prior to the presidential election. However, like McCain, Kerry refused to release his wife's tax returns. Teresa Heinz Kerry, whose net worth was estimated at more $500 million at the time, is the widow of John Heinz, the heir to the ketchup fortune. She relented, just like Cindy McCain, and released a short summary of her 2003 taxes, which showed an income of just over $5 million mostly from tax-exempt bonds.

The fight over transparency and taxes was relatively quiet during the 2000 presidential campaign because both presidential candidate served in public office, requiring financial openness.

When he entered the 2000 presidential race, George W. Bush had already released his tax returns dating back to 1991. His openness was due, in part, to the fact the tax debate had heated up when he was facing incumbent Gov. Ann Richards for the governorship in 1994. After winning the statehouse, he released his returns going forward, and during his presidency as well.

As vice president, Al Gore released his taxes during the years he served. He caught heat for one year when he contributed only $353 of his $198,000 income to charity.

The real debate over tax returns during the 1996 campaign was during the Republican primary, where Bob Dole released 30 years of tax returns in an attempt to pressure one of his challengers, multimillionaire Steve Forbes, to release his returns. Forbes, who was estimated to be worth $440 million refused to release his taxes.

Billionaire independent candidate Ross Perot did not give into pressure to release his tax returns. The self-financed candidate, who ran in 1992 and 1996, was estimated to be worth $3.3 billion dollars. An estimate by the organization Citizens for Tax Justice estimated that Perot paid 6.8 percent of his income in taxes, according to a 1992 article in Newsday.

While running for president, then-candidate Bill Clinton released his tax returns for 1990 and 1991, and the years between 1980 and 1990 had previously been released. But controversy erupted when Mr. Clinton refused to release tax returns prior to 1980.

In an interview with the Washington Post during the 1992 campaign, Hillary Clinton said, "We just feel we have gone the extra mile. Talk about accountability. We feel we have been more accountable than most people who have been in this position, and we feel very comfortable about it."

After relentless pressure from the press, the couple, in 1994, released their taxes from 1977, 1978 and 1979. David Kendall, the Clintons' personal attorney, said, "In a spirit of full cooperation and openness, the Clintons have now made public their tax returns for the past 16 years, since Mr. Clinton's first year in public office."

The tax returns answered few questions about Whitewater, an Arkansas land-development investment the Clintons invested in, which erupted into a scandal during Clinton's first term. The Clintons were alleged to have obtained illegal tax deductions for the deal. Before the Whitewater investigation was complete, Mr. Clinton had to pay more than $5,000 in back taxes for problems with some of his tax filings in the 1980s.

Their returns also showed that Mrs. Clinton got involved in cattle commodities trading where she made $100,000 and was suspected to have received preferable treatment and prices.

As for Mr. Bush, his tax returns were released each year he was in office.

During the 1988 Republican primary, the debate over taxes and wealth erupted.

"Bob Dole and Vice President George H.W. Bush have been sparring over their relative wealth," the Los Angeles Times wrote in January 1988, referring to a broader debate about personal wealth that lead to a contest over who was more transparent with their personal finances. Bush released 14 years of returns, including the eight years he was vice president, and called on Dole to do the same. Dole upped the ante and released 21 years of returns.

Because Mr. Bush released his tax returns during the primary, the onus was on Democratic nominee Michael Dukakis to release his returns. An editorial in the Washington Post called on Dukakis to release his most recent return. "Voters have a right to know how a candidate has been making his living, what financial assets and liabilities he has and whether he has been meeting his obligations to pay taxes," The Post wrote. "Michael Dukakis has been a stickler for disclosure and for this campaign has made public his income tax returns for every year from 1982 to 1986. He has not yet, however, made public his 1987 return; he should do so."

Less than a week after that editorial, the former Massachusetts governor did. He and his wife Kitty had less to show than most presidential candidates, making a combined income of $109,000.

Democratic candidate Walter Mondale faced criticism over the taxes his running mate's husband. His vice presidential pick, Geraldine Ferraro, had a wealthy husband, John Zaccaro, who refused to release his tax returns. "I want full disclosure from all those over where I have responsibility. Mr. Zaccaro has his own business life which he is entitled to lead. He is complying with the law," Mondale said on ABC News in August 1984. "Senior advisers are now clearly worried that the tax return controversy is taking on a life of its own," ABC reported.

"I am the candidate. ... My husband is not a candidate," Ferraro said, according to The Miami Herald.

But Republicans didn't buy it. "The question really is what is Walter Mondale going to do about it," Republican Party chair Trent Lott said.

After refusing to offer any insight beyond the minimum requirements into his personal finances, then-candidate Ronald Reagan released one year of tax returns after the 1980 Republican National Convention.

His campaign's reason for releasing them: "[B]ecause he will be the Republican (presidential) nominee and, as a candidate, he feels it is appropriate that he do so," Reagan press secretary Ed Gray said, according to a July 1980 Associated Press article.

One interesting aspect of his tax return is that despite receiving publicly-funded matching funds, Reagan did not check the box on his IRS form that contributed $1 to the federal general election fund.

According to a separate Associated Press report, Reagan experienced "one of the most embarrassing incidents of his career" after his 1970 tax returns were released to the press. The reason? The millionaire former actor and governor, worth up to $4 million, paid no state taxes because of business losses and tax shelters.