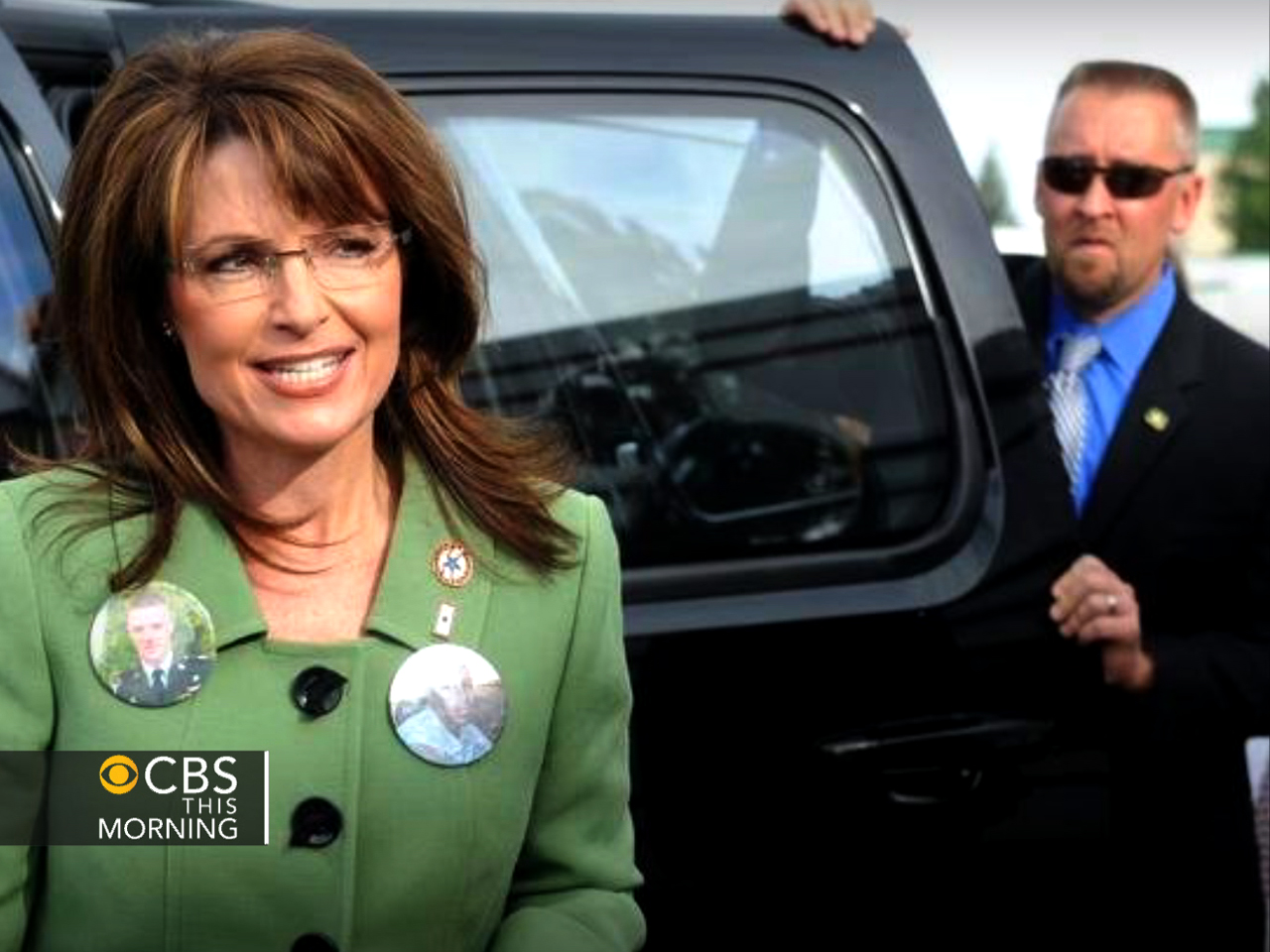 (AP) WASHINGTON - Sarah Palin says the joke's on the ousted Secret Service supervisor who wrote on Facebook that he was "checking her out" while protecting the former Republican vice presidential candidate during the 2008 campaign.

"Well, check this out, buddy -- you're fired!" Palin said Thursday in a Fox News interview.

David Chaney, one of two supervisors forced out of the Secret Service this week in fallout from an embarrassing prostitution scandal, posted at least two photographs of himself with Palin, along with another in which a woman in a revealing bikini top stood in the background, looking at Chaney.

That photo was captioned: "not in front of my son."

Chaney wrote of his assignment guarding Palin: "I was really checking her out, if you know what i (sic) mean?" after a friend commented on the picture posted in January 2009.

Details of the photos and comments were first reported by The Washington Post.

Palin said the scandal is "a symptom of government run amok."

"It's like, who's minding the store around here?" Palin told Fox. "The president, for one, he better be wary, there, of when Secret Service is accompanying his family on vacation. They may be checking out the first lady instead of guarding her."

Earlier Thursday, the White House had expressed renewed confidence in the director of the Secret Service in the midst of the sordid scandal, which threatens to become a serious political distraction in an election year. A key lawmaker who oversees the Secret Service predicted more firings there soon.

President Obama's chief spokesman, Jay Carney, noted that some Secret Service employees involved have already lost their jobs, just days into the government's formal investigation of the incident last weekend in Colombia, where Mr. Obama attended a summit meeting. Carney said the president's security in Cartagena was never compromised, and he asked for patience as official investigations continue.

"Perhaps it would be in the interests of a complete and thorough and fair investigation not to make determinations about the conclusions of an investigation before they've even been reached," Carney said. "That's the president's position."

The scandal arose near the start of the Summit of the Americas when at least some of 11 Secret Service employees brought prostitutes back to their Cartagena hotel. The agency has moved quickly to try to quell the embarrassing episode, forcing out three employees so far, including two supervisors.

Lawrence Berger, general counsel for the Federal Law Enforcement Officials Association, confirmed Thursday he is representing the supervisors, Chaney and Greg Stokes, but said he could not discuss details of the investigation.

A third employee has resigned. The employees under investigation include members of the agency's "jump teams," which are sent to sites to set up security in advance of the president's arrival. Others are on counter-assault and counter-sniper teams. The majority of the group is believed to be based in the Washington area.

Eight men remain suspended and have had their top-secret security clearances lifted. The scandal also involves about 10 military personnel and as many as 20 Colombian women.

"I wouldn't be surprised if you saw more dismissals and more being forced out sooner rather than later," said King, who is being updated on the investigation by Secret Service Director Mark Sullivan.

Sen. Chuck Grassley, the senior Republican on the Senate Judiciary Committee, said he thought more people would be fired within "just a few days."

An Air Force colonel and a military lawyer have gone to Colombia as part of the military investigation. The Secret Service probe has included interviews with the employees and hotel staff.