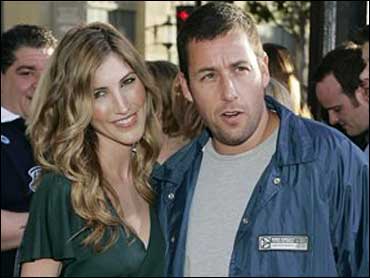 No. 14 Oklahoma State used an inside-outside combination to beat 16th-ranked Oklahoma, although not the one most would have expected.

Adkins burned the Sooners with a season-high 21 points. Jonzen had 14 points and 13 rebounds, and made three big free throws in the final 1:27 to help Oklahoma State withstand Oklahoma's rally from a 20-point deficit.

"I thought they did a great job of coming back. They took us out of some things we wanted to do," Adkins said. "They're a big-time ball club, and to come in here and get a win is big."

The victory was Oklahoma State's first on the road against a ranked team since beating No. 21 Iowa State on Feb. 15, 1995. It also allowed the Cowboys (20-2, 9-1 Big 12) to keep pace with Iowa State atop the conference standings.

"It just seemed like we couldn't get a key basket. Conversely, they made all the key baskets."

The game was the most highly anticipated in years, in part because the teams had the best combined record in series history.

Oklahoma State took control in the first half by hitting its outside shots and playing solid defense. With three minutes left in the half, the Cowboys had seven 3-pointers one fewer than Oklahoma's total field goals.

Oklahom's Eduardo Najera, who finished with 21 points, missed his first five shots before finally scoring on a leaner with 6:03 left in the half.

Glendon Alexander and Mason, who scored 13 each, hit consecutive 3s to cap an 8-0 run that gave the Cowboys an 18-9 lead with 11:22 left. The margin was still nine when Oklahoma State scored 11 straight Alexander and Adkins had 3-pointers for a 41-21 lead.

Najera's second basket, with 2:59 left, stopped the Cowboy run and started a string of three straight Oklahoma field goals that made the score 41-27 at halftime.

"I thought the first 17 minutes, we can't play any better than we did today," coach Eddie Sutton said.

Mason picked up his second, third and fourth fouls in the first minute of the second half. Montonati followed him to the bench with his fourth foul about three minutes later.

Najera scored nine of Oklahoma's first 20 points of the second half, helping the Sooners get within 54-47. Meanwhile the Cowboys, who had only two turnovers in the first half, committed three straight midway through the second and went nearly nine minutes with only one field goal.

An Alexander tip-in of a miss free throw made the score 60-54, and a Mason turnaround jumper followed by a Jonzen free throw gave the Cowboys a 63-56 lead.

Mason hit a 3-pointer with 1:42 remaining to give OSU an eight-point lead. The margin was six before J.R. Raymond hit a 3-pointer to get Oklahoma within 69-66 with 1:07 to play. Adkins followed with a tough jumper in the lane with 32 seconds to go.

Nolan Johnson scored inside to make it a 71-68 deficit, and after Oklahoma State failed to get the ball inbounds, the Sooners got the ball back with 19.8 showing.

Tim Heskett and Kelley Newton missed 3-pointers. Jonzen rebounded the second miss, got fouled and made one of two free throws to finish 10-of-13 from the line.

"There's a reason why he's in the starting line up and the other kids aren't," Sampson said of Jonzen. "He's a good player, a very skilled kid. With his size and his skill, he causes problems."

Newton hit a 3-pointer with 7.7 remaining to get the Sooners within 72-71. Then Montonati came through, sinking two free throws.

Najera took Oklahoma's final shot, a jumper that bounced off the rim. Had it gone in, it would have only counted for two points because one foot was on the 3-point line.