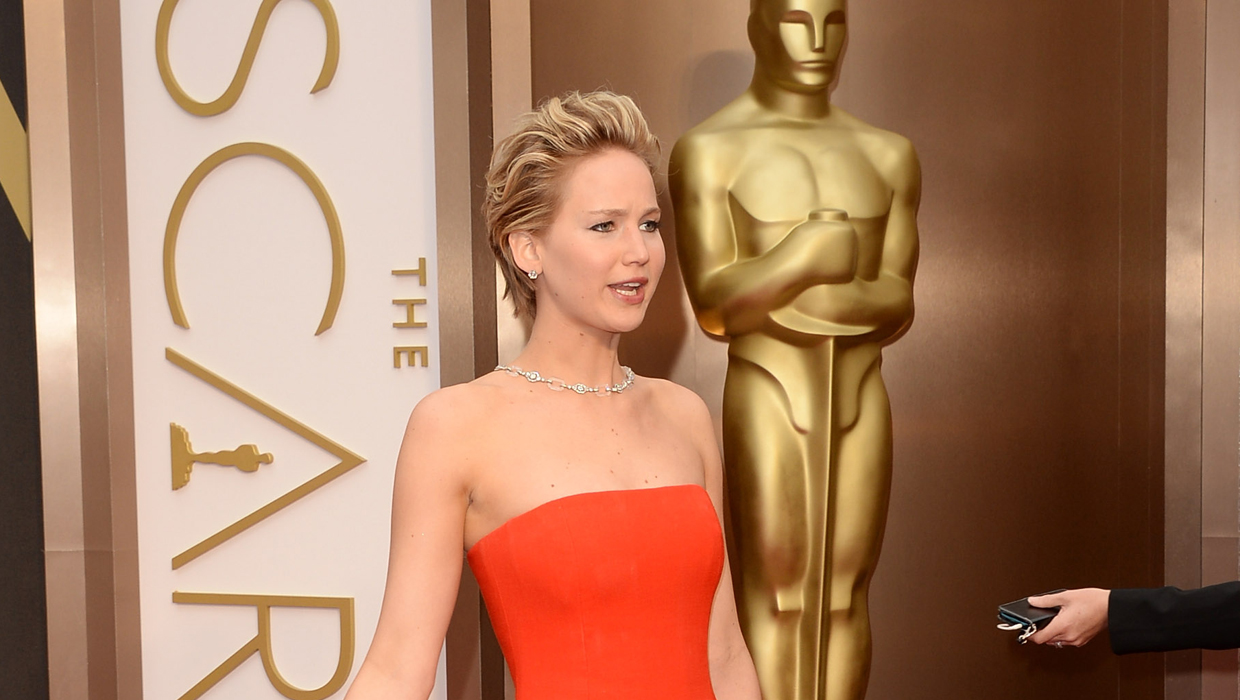 She did it again.

Jennifer Lawrence stumbled over a cone while walking out of her limousine at the 86th Academy Awards, marking the second year the "Hunger Games" star has had a slip-up at the Oscars.

Video of this year's trip-up was quickly posted to Twitter's Vine app:

In a January story for W magazine, Lawrence said that the reason she tripped last year was because she was thinking about cake while walking to the stage.

During her opening monologue, this year's host Ellen DeGeneres made light of Lawrence's stumbles.

"If you win tonight, I think we should bring you the Oscar," DeGeneres joked.

Lawrence was up for an Academy Award at this year's ceremony in the best supporting actress category, for her portrayal of a New Jersey housewife in "American Hustle," also directed by Russell and co-starring Cooper. She lost out to "12 Years A Slave" star Lupita Nyong'o