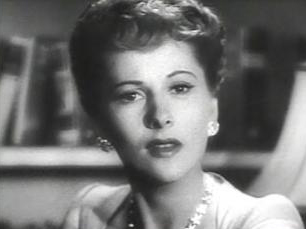 In her later years, Fontaine had lived quietly at her Villa Fontana estate, south of Carmel, enjoying its spectacular view of windswept Point Lobos.

Fontaine's pale, soft features and frightened stare made her ideal for melodrama and she was a major star for much of the 1940s. For Hitchcock, she was a prototype of the uneasy blondes played by Kim Novak in "Vertigo" and Tippi Hedren in "The Birds" and "Marnie." The director would later say he was most impressed by Fontaine's restraint. She would credit George Cukor, who directed her in "The
Women," for urging her to "think and feel and the rest will take care of itself."

Fontaine appeared in more than 30 movies, including early roles in "The Women" and "Gunga Din," the title part in "Jane Eyre" and in Max Ophuls' historical drama "Letter from an Unknown Woman." She was also in films directed by Wilder ("The Emperor Waltz"), Lang ("Beyond a Reasonable Doubt") and, wised up and dangerous, in Ray's "Born to be Bad." She starred on Broadway in 1954 in "Tea and Sympathy" and in 1980 received an Emmy nomination for her cameo on the daytime soap "Ryan's Hope."

"You know, I've had a helluva life," Fontaine once said. "Not just the acting part. I've flown in an international balloon race. I've piloted my own plane. I've ridden to the hounds. I've done a lot of exciting things."

Fontaine had minor roles in several films in the 1930s, but received little attention and was without a studio contract when she was seated next to producer David O. Selznick at a dinner party near the decade's end. She impressed him enough to be asked to audition for "Rebecca," his first movie since "Gone With the Wind" and the American directorial debut of Hitchcock.

Just as seemingly every actress had tried out for Scarlett O'Hara, hundreds applied for the lead female role in "Rebecca," based on Daphne du Maurier's gothic best-seller about haunted Maxim de Winter and the dead first wife - the title character - he obsesses over. With Laurence Olivier as Maxim, Fontaine as the unsuspecting second wife and Judith Anderson as the dastardly housekeeper Mrs. Danvers, "Rebecca" won the Academy Award for best picture and got Fontaine the first of her three Oscar nominations.

"Miss Du Maurier never really convinced me any one could behave quite as the second Mrs. de Winter behaved and still be sweet, modest, attractive and alive," The New York Times' Frank Nugent wrote upon the film's release.

"But Miss Fontaine does it not simply with her eyes, her mouth, her hands and her words, but with her spine. Possibly it's unethical to criticize performances anatomically. Still we insist Miss Fontaine has the most expressive spine - and shoulders we've bothered to notice this season."

"Rebecca" made her a star, but she felt as out of place off screen as her character was in the film. She remembered being treated cruelly by Olivier, who openly preferred his then-lover Vivien Leigh for the role, and being ignored by the largely British cast. Her uncertainty was reinforced by Hitchcock, who would insist that he was the only one who believed in her.

Hitchcock's "Suspicion," released in 1941, and featuring Fontaine as the timid woman whose husband (Cary Grant) may or may not be a killer, brought her a best actress Oscar and dramatized one of Hollywood's legendary feuds, between Fontaine and de Havilland, a losing nominee for "Hold Back the Dawn."

Competition for the prize hardened feelings that had apparent roots in childhood ("Livvie" was a bully, Joan an attention hog) and endured into old age, with Fontaine writing bitterly about her sister in the memoir "No Bed of Roses" and telling one reporter that she could not recall "one act of kindness from Olivia all through my childhood." While they initially downplayed any problems, tension was evident in 1947 when de Havilland came offstage after winning her first Oscar, for "To Each His Own." Fontaine came forward to congratulate her and was rebuffed. Explained de Havilland's publicist: "This goes back for years and years, ever since they were children."

While Fontaine topped her sister in 1941, and picked up a third nomination for the 1943 film "The Constant Nymph," de Havilland went on to win two Oscars and was nominated three other times.

Fontaine was featured in "Jane Eyre" with Orson Welles and she and Bing Crosby got top billing in "Emperor Waltz." A few other Fontaine films: "Bed of Roses," ''A Damsel In Distress," ''Blonde Cheat," ''Ivanhoe," ''You've Gotta Stay Happy" and "You Can't Beat Love." Her most daring role came in the 1957 film "Island in the Sun," in which she had an interracial romance with Harry Belafonte. Several Southern cities banned the movie after threats from the Ku Klux Klan.

Fontaine said she left Hollywood because she was asked to play Elvis Presley's mother. "Not that I had anything against Elvis Presley. But that just wasn't my cup of tea," she said.

While making New York her home for 25 years, she appeared in about 30 dinner theater plays. She also appeared twice on Broadway, replacing Deborah Kerr in the hit 1953 drama "Tea and Sympathy" and Julie Harris in the long-running 1968 comedy "Forty Carats."  She joked once about being burglarized in the Big Apple.

"All the jewelry I lost came from me," she said. "Somehow I was the kind of a girl to whom husbands - and other men, too - gave copper frying pans. I never could quite figure it out."

Show business had come naturally. Besides her Oscar-winning sister, her mother, Lillian Fontaine, appeared in more than a dozen films.

Fontaine was born Joan de Havilland in 1917 in Tokyo, where her British parents lived. Both she and her sister, born in 1916, were sickly, and their mother hoped a change of climate would improve their health when she moved the family to California in 1919 after the breakup of her marriage.

"There was always something wrong with me," Fontaine recalled. "For a while I averaged about two days a week in school. I had headaches, I had all kinds of pains. I was kept away from other children, never allowed to do the things they did."

She returned to East Asia at the age of 15, taking up amateur theatricals and studying art. After returning to California, Fontaine appeared in a play called "Call It A Day" in Los Angeles in 1937, gaining the attention of an agent who signed her to her first film, "Quality Street." Her sister was already an established film actress. Fontaine changed her last name, taking that of her mother's second husband.

Dozier and Fontaine had a daughter, Deborah Leslie, whose godmother was actress Maureen O'Sullivan. Fontaine later adopted a child from Peru, Maritita Pareja.

Despite divorce, Fontaine remained philosophical about love and marriage.

"Goodness knows, I tried," she said after her second marriage failed. "But I think it's virtually impossible for the right kind of man to be married to a movie star."

"Something happens when he steps off a train and someone says, 'Step right this way, Mr. Fontaine.' That hurts. Any man with self-respect can't take it, and I wouldn't want to marry the other kind."