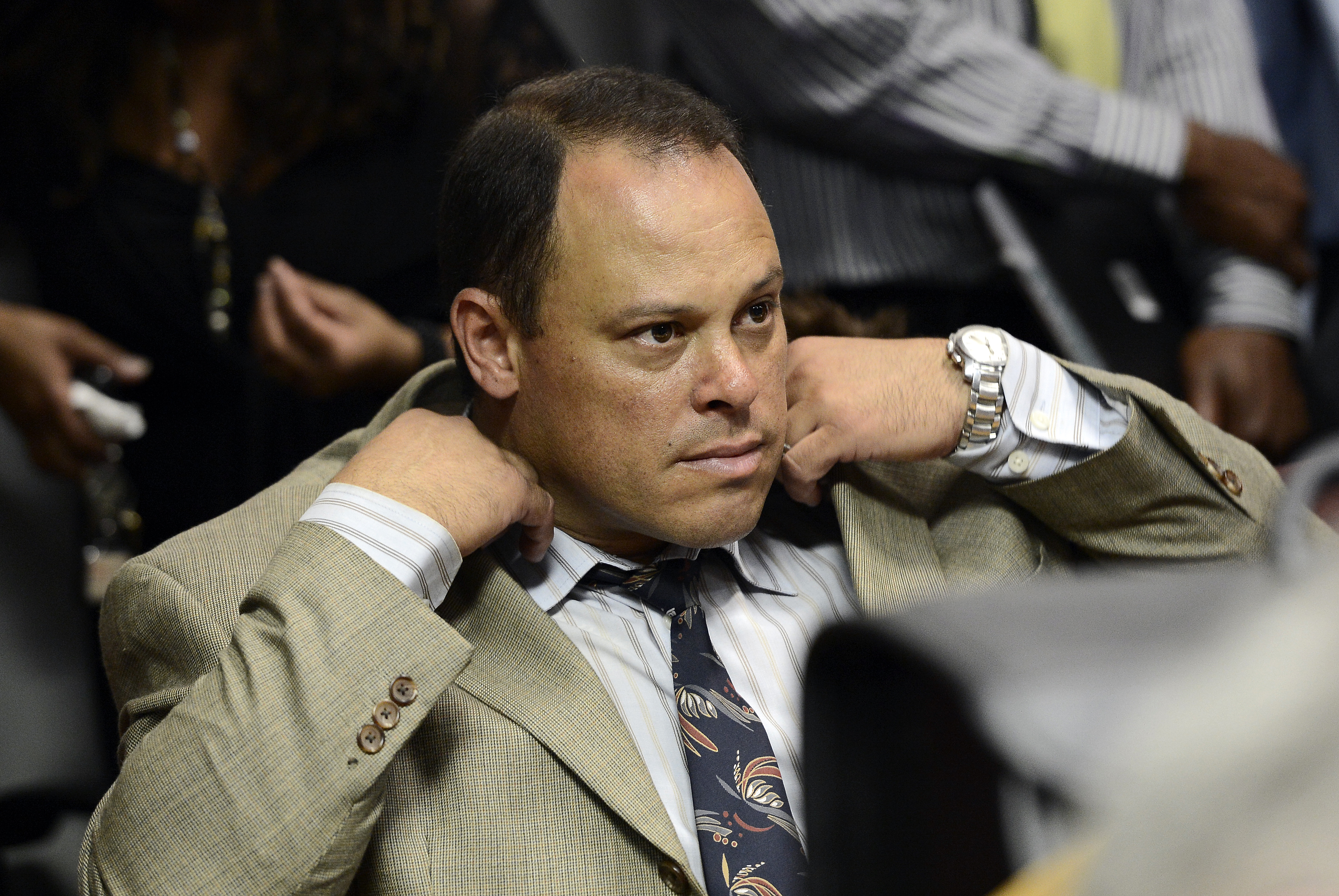 PRETORIA, South AfricaThe investigating officer in the Oscar Pistorius murder case made an error in his court testimony Wednesday when he identified a substance found in the athlete's bedroom as testosterone, the national prosecutor said.

Medupe Simasiku, the spokesman for South Africa's National Prosecution Agency, told The Associated Press that it was too early to identify the substance as it was still undergoing laboratory tests.

"It is not certain (what it is) until the forensics." Simasiku said, adding that it wasn't certain if it was "a legal or an illegal medication for now."

Detective Warrant Officer Hilton Botha, the investigating officer, said earlier in court during Pistorius' bail hearing that police found two boxes of testosterone and needles in the bedroom of the Olympic athlete, who is charged with premediated murder in the Feb. 14 shooting death of his girlfriend Reeva Steenkamp.

It was a mistake to identify the substance now, Simasiku said, as it was still unknown. He said the discovery of needles was in Botha's statement, however.

Pistorius denies murder, saying in an affidavit Tuesday that the Valentine's Day shooting was accidental because he thought there was an intruder in his house.

In response to Botha's claim, the defense said Wednesday, the second day of Pistorius' bail hearing at Pretoria Magistrate's Court, that the substance found was not a steroid or a banned substance but an herbal remedy.

Pistorius' lawyer Barry Roux had slammed Botha's testimony earlier, saying police "take every piece of evidence and try to extract the most possibly negative connotation and present it to the court."

International Paralympic Committee spokesman Craig Spence told the AP soon after the substance claims that Pistorius — the world's most famous disabled athlete — was drug tested twice in London last year by the IPC, on Aug. 25 and Sept. 8. Both test results were negative, Spence said.

The Aug. 25 test was an out-of-competition test, and the Sept. 8 one in-competition, a day before the end of the London Paralympics.

The International Olympic Committee said it didn't test Pistorius at the Olympics, but referred the AP to the IPC's negative tests. International athletics body the IAAF and the World Anti-Doping Agency would not comment because it was an ongoing legal case.

"Bearing in mind the ongoing police investigation, WADA must refrain from making any statement at present," WADA said.

Giving testimony, Botha said police made the discovery of testosterone in bedroom of the double-amputee runner and multiple Paralympic champion's upscale Pretoria house after the shooting of Steenkamp but offered no further details or explanation. State prosecutor Gerrie Nel also had to correct Botha when he initially called it "steroids."

Simasiku later told the AP that the detective, Botha, thought it was testosterone by reading the first few letters of the label.

Pistorius' lawyer Roux, said on questioning the detective — who has 16 years' experience as a detective and 24 years with the police — that it was not a banned substance and that police were trying to give the discovery a "negative connotation."

"It is an herbal remedy," Roux said. "It is not a steroid and it is not a banned substance."

The debate over the substance added another dramatic twist to a case that has already gripped the world's attention since Steenkamp's killing at Pistorius' home last Thursday.

Prosecutor Nel also had to clarify that police were not saying that Pistorius was using the substance, only that it was discovered along with the needles in his bedroom.

Official records obtained by The Associated Press Wednesday show that Pistorius applied for firearm licenses for six more guns weeks before the shooting.

In details obtained from the South African Police Service's National Firearms Center and given over the telephone, Pistorius applied for licenses for a Smith & Wesson model 500 revolver, a .38-caliber Smith & Wesson revolver, a Vector .223-caliber rifle and three shotguns: A Mossberg shotgun, a Maverick shotgun and a Winchester shotgun.

Pistorius said Tuesday in a written affidavit and read in court by Roux that he mistakenly killed model Steenkamp in the early hours of Valentine's Day when he fired four shots into a locked toilet door, hitting his girlfriend three times after thinking she was a dangerous intruder.

The prosecution claims Pistorius intended to kill the 29-year-old Steenkamp after they had a fight.