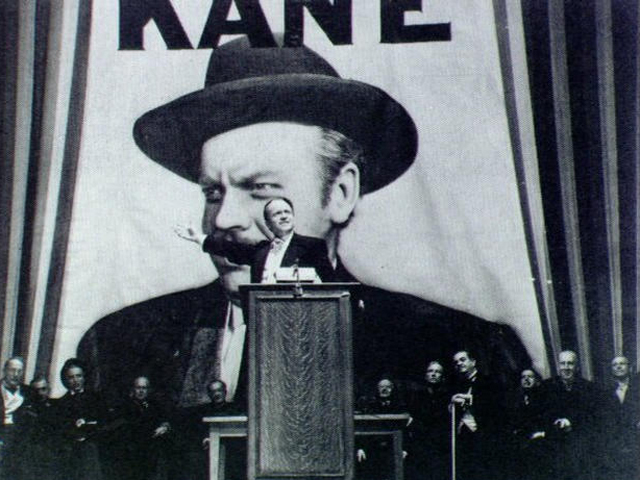 The statuette, given to Welles during the 1942 Oscar ceremony, will be sold by Los Angeles auction house Nate D. Sanders on Dec. 20, it was announced Monday.

The best screenplay award - the only Oscar given to "Citizen Kane" - will have a reserve price of $600,000 to $1 million, auction house spokesman Sam Heller told Reuters.

Welles' award has a dramatic history of its own - it went missing for years, but resurfaced after the filmmaker's 1985 death when it was put up for auction in 1994 by a cinematographer who said Welles had given it to him. His daughter Beatrice sued to stop the sale and recovered ownership of the statuette. The Academy of Motion Picture Arts and Sciences tried to stop her from auctioning the award in 2003, but a judge ruled that Welles never signed the Academy's agreement not to sell the statuette, according to CNN.

The award last went up for auction in 2007, but failed to meet its undisclosed reserve price. At the time, Reuters notes, it was supposed to sell for $1 million.

"Citizen Kane" was nominated for nine Oscars but only won for best screenplay, which was shared by Welles and co-writer Herman J. Mankiewicz. It's also the only Academy Award that Welles won (though he also received an honorary Oscar in 1970).

This is the latest in a series of recent auctions of Hollywood memorabilia. An auction of Elizabeth Taylor's jewelry, clothing and other possessions begins Tuesday night and will continue through Friday. Early photos of Marilyn Monroe sold for $300,000 at an auction last week, and her famous dress from "The Seven Year Itch" sold for $4.6 million in June.