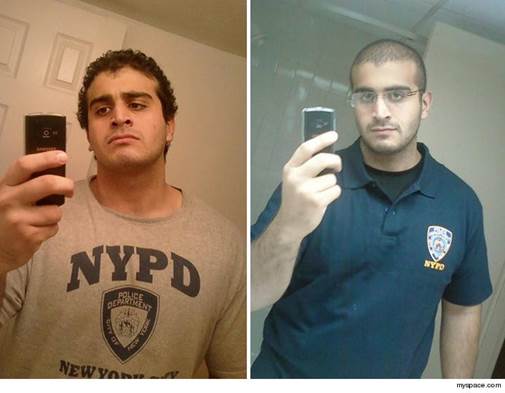 The FBI will conduct a review to determine if mistakes were made in their past investigations of Orlando gunman Omar Mateen.

Agents checked Mateen out twice in recent years and did not confirm any evidence of terror ties. But sources tell CBS News the worldwide security firm Mateen worked, G4S, did not know why the FBI investigated him and did not know about the second investigation, reports CBS News correspondent.

Officials confirm Mateen worked as an armed security guard at the St. Lucie Main Courthouse prior to 2014. It was actually Mateen who alerted his company about the FBI investigation, but it's not clear what he divulged.

CBS News has also learned that there is no evidence to suggest that the FBI contacted his employer, G4S, when investigators began looking into complaints from co-workers in 2013. According to the FBI, he was boasting of family connections to Al Qaeda and that he was a member of Hezbollah.

FBI Director James Comey detailed those reports. "He said he hoped that law enforcement would raid his apartment and assault his wife and child so he could martyr himself," Comey said.

The FBI investigated with wiretaps and informants. They also interviewed Mateen twice, but he was cleared.

In 2014, his name resurfaced in an investigation into an American suicide bomber in Syria, who went to the same Florida mosque as Mateen. Again, Mateen was cleared.

But an investigation into the mass shooting reveals he had indeed become inspired over the years by extremist ideology.

"We are highly confident that this killed was radicalized and at least in some part, through the internet," Comey said.

Now that the FBI has his cell phones and computer, they can track who he was talking to and what he was reading. Law enforcement sources say there is evidence he may have researched Disney World as a possible target.

Ultimately, he chose the Pulse nightclub, where he killed 49 people and injured more than 50 others. Just a week before the attack, he purchased the Sig Sauer MCX assault rifle on June 4th, then a Glock 17 on June 5th. Gun store owner Ed Henson said Mateen had multiple security licenses.

"If he hadn't purchased them from us, I'm sure he would've gotten them from another local gun store in the area," Henson said.

The FBI will conduct a review of its actions in 2013 and 2014. Agents working on the current investigation have Mateen's Samsung cell phone, and law enforcement sources say they are not facing the encryption roadblocks as they did in the San Bernardino terrorism investigation.