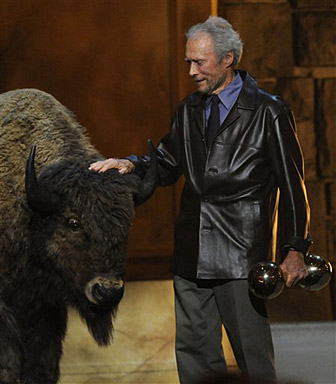 Winfrey extended her contract with King World Productions by two more years, taking her through the 2007-2008 television season, and agreed to make more shows over the next few years than planned, it was announced Monday.

"It's fulfilling being able to do this kind of television," Winfrey said, "and I believe continuing to have a voice and a platform to speak to the world is still the right thing to do."

After a few years of decline, ratings for "The Oprah Winfrey Show" have increased this year. She's also watched her one-time protege, Dr. Phil McGraw, start his own successful talk show.

Despite Winfrey's plans to call it quits, Roger King, CEO of King World, said he never stopped asking her to stay. He said he sensed a change after Winfrey went to Africa last year to help the poor.

"I think she came back reinvigorated, knowing that her vision is right, and she wants to stay with it," King said.

She's also left open the possibility of continuing beyond 2008, he said. King World Productions quickly sought to drive that point home, running an ad in trade publications depicting an open highway and the words, "no end in sight."

The talk show world, curious about whether McGraw, Maury Povich, Ellen DeGeneres, Wayne Brady or someone else would take over as industry leader in a post-Oprah world, now has to put that talk on hold, said Bill Carroll of the Katz Television Group, an expert in syndication.

"Everyone who thought they were going to be the successor to Oprah is kind of forced to wait on the sidelines now," he said. "Or they can knock her off. Conventional wisdom says that's virtually impossible."

Tim Bennett, president of Winfrey's company, Harpo Productions, said an increase in ratings among young people for the first time in several years played a part in Winfrey's decision.

"The most important thing is she feels like she is truly making a difference and that the audience she is speaking to is listening in substantial numbers," he said.